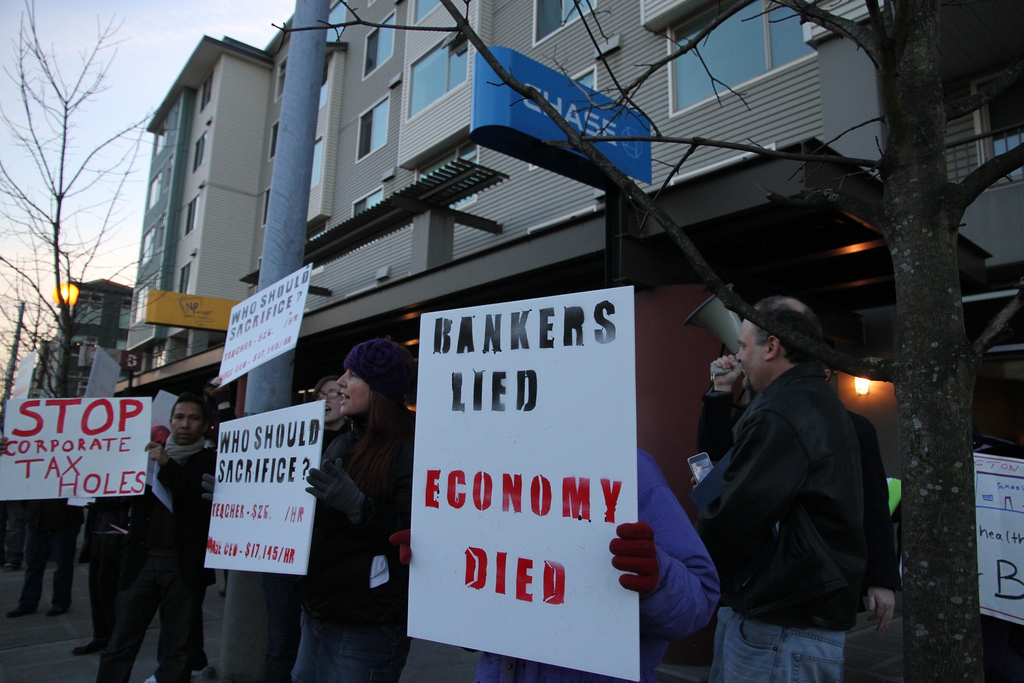 The Washington Community Action Network held a “sneak attack” on the Chase branch at 23rd and Jackson yesterday. According to a release from the organization, the protest was part of a series of similar events demanding that “Chase give back outdated tax breaks to stop devastating budget cuts to essential services.” From the group’s release:

“Big Wall Street banks caused this recession and they need to share the burden,” said Darasavanh Kommavongsa, Washington CAN member and mother of two, who may lose health care coverage because of budget cuts, “I’m so afraid for my girls – both have severe eczema and asthma and need constant treatments. What will I do if my girls lose their health coverage? We are human beings who deserve to be healthy and sustain our families just like bank CEOs.”

In January, the group crashed a Chase event with a megaphone (see video below). They have also held protests similar to the Central District event at Chase and Bank of America branches in Tacoma and Bellevue, all in the past few weeks. 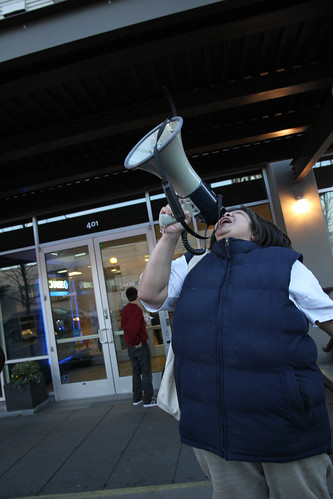