SPD East Precinct Captain Jim Dermody sent a letter to the community stating that 2010 crime within the East Precinct dropped 5 percent overall compared to 2009. Violent crime dropped 12 percent. CHS reports that city-wide crime data has not yet been released, so it is unclear how the East Precinct data compares to data from around the city.

At the East Precinct Crime Prevention Coalition (EPCPC) meeting Thursday, Dermody said he understood that for those who have been victims or live in certain “hotspots” around the precinct, the decline in crime may not ring true. The department will “continue to lower the crime rate by deploying our Officers into known crime hotspots and by focusing on our most prolific offenders,” he wrote in the letter.

The letter comes on the heels of protests over the shooting death of John T. Williams by former Officer Ian Birk and the King County Prosecutor’s decision not to press charges. Several of the protests have marched to the East Precinct headquarters at 12th and Pine. In one instance, protesters smashed the windows of a police cruiser parked in front of the precinct.

After protests on February 18, someone set fire to the SPD Drop-In Center at 23rd and Union. It is not clear that the fire is related to the protests. However, Dermody expressed his unhappiness with the fire at the EPCPC meeting.

“I’m not happy with the fire at the drop in center at 23rd and union at all,” he said. “That case is being followed up on, and we hope for a positive outcome.”

Also at the EPCPC meeting, Garfield student Emerson North from Students Against Violence Everywhere (SAVE) talked about the Building Bridges forum he organized in January. The event was an attempt to “create a better understanding between police officers and the community,” said North. They plan to hold another event, perhaps in April. 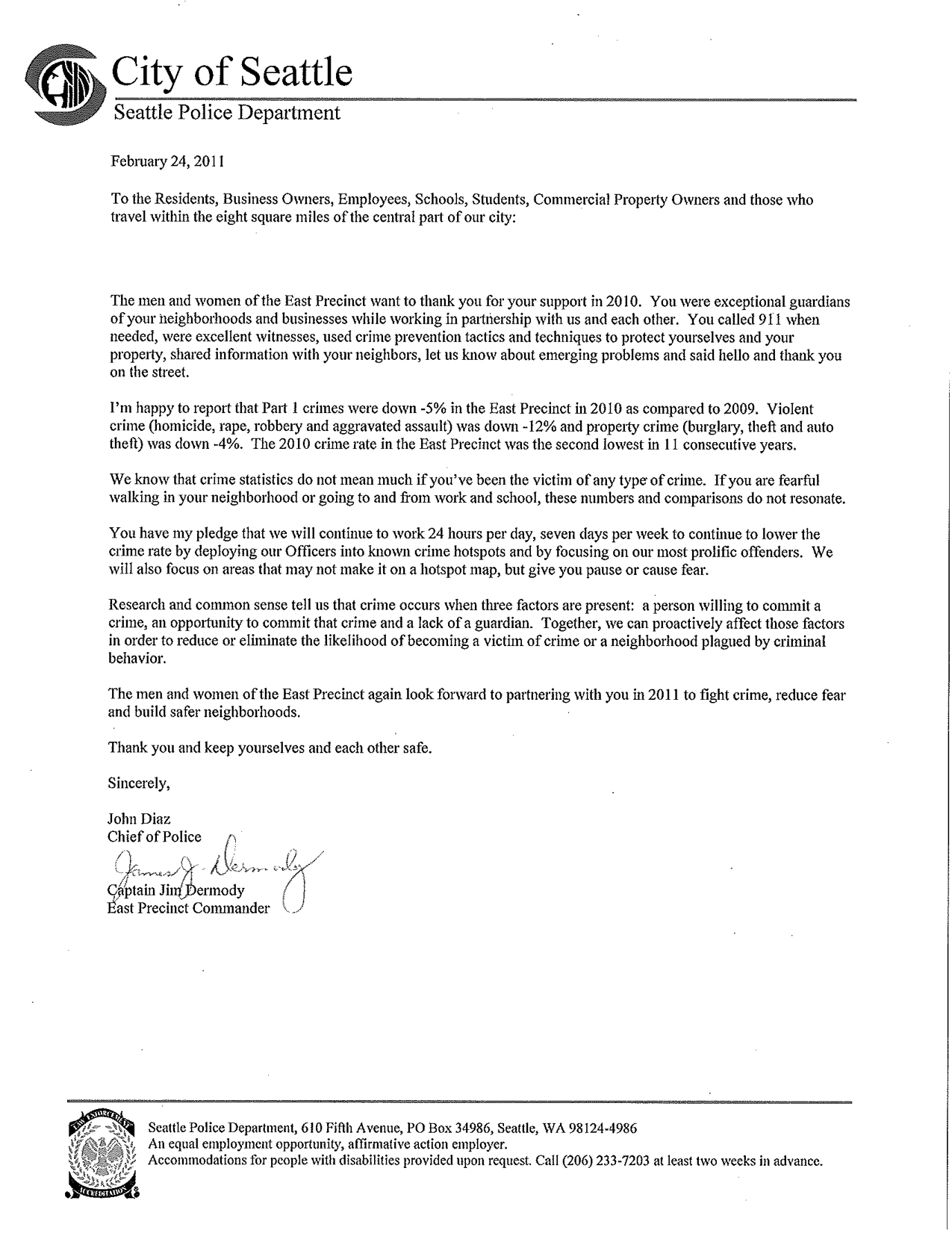