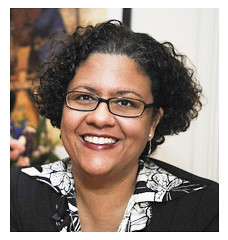 Director of Marketing and Communications

America has always been a nation of immigrants. Our voices have always sung in varied registers. And now our president – a Kenyan and African-American raised in the middle of the Pacific Ocean and Asia — represents the many layers and complexity of American culture. It is time, poet Elizabeth Alexander says, for Americans to begin a more nuanced civic conversation about race and culture.

Alexander, who wrote and delivered President Obama’s inaugural poem, “Praise Song for the Day,” will address these ideas when she speaks on the University of Washington campus at 6:30 p.m., April 26, in Kane Hall. Alexander has published several books of poems, including The Venus Hottentot, Body of Life, Antebellum Dream Book and American Sublime, which was one of three finalists for the Pulitzer Prize and was one of the American Library Association’s “Notable Books of the Year.”

Most recently, her first young adult collection (co-authored with Marilyn Nelson), Miss Crandall’s School for Young Ladies and Little Misses of Color won the 2008 Connecticut Book Award. Her two collections of essays are The Black Interior andPower and Possibility, and her play, Diva Studies, was produced at the Yale School of Drama. Alexander teaches at Yale University where she is a professor and chairs the African American Studies Department.

Alexander’s lecture is the second in a three-part public lecture series focusing on the concept of diversity. Hosted by the Graduate School and the Graduate Opportunities & Minority Achievement Program (GO-MAP), with generous sponsorship by the Mary Ann and John D. Mangels Endowment, this public lecture series feature world-class speakers who will share their reflections on diversity in the United States.

To register for the lecture, go to http://grad.washington.edu/lectures/alexander.shtml

The third Mangels lecturer is astrophysicist Neil deGrass Tyson who will address the “Adventures of an Astrophysicist,” at 6:30 p.m., May 12 in Kane Hall 130. His lecture is presented in partnership with the Jessie and John Danz Endowed Lecture Series. Tyson, director of the Hayden Planetarium in New York City, is looking forward to what the Obama space plan and the search for life can do to promote a thriving future of space exploration and transportation.

The Mary Ann and John D. Mangels Endowed Lecture Series was established in 1990 to honor the retirement of John D. Mangels, former chairman and CEO at Security Pacific Bank of Washington (now Bank of America). Administered by GO-MAP, the Mangels Lectureship, in cooperation with academic departments and programs, brings to the UW campus minority scholars or individuals whose work focuses on issues of diversity, from a variety of fields for the benefit of minority students, the campus community, and the general public.

GO-MAP has been an integral part of the University of Washington Graduate School for more than 40 years. Taking the lead on the recruitment and retention of minority graduate students, GO-MAP is nationally recognized for its unique and innovative efforts in mentoring, networking and professional development. Through experiences rich in cultural diversity, GO-MAP fosters an inclusive graduate community in which all students can learn and develop the skills to participate in academic, civic and professional endeavors.