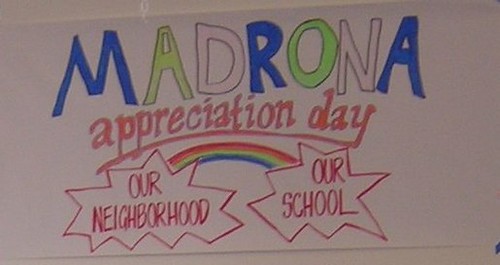 Know someone in your community who contributes in a unique way? You can nominate them for an award as part of Madrona’s annual Neighborhood Appreciation Day event, slated for mid-March (official date TBA). Co-hosted by the Madrona Community Council and Madrona K-8 in conjunction with the City of Seattle, it recognizes neighbors for the positive impact they have on those around them.

You can nominate a neighbor by emailing MCC co-VP Paige Smith ([email protected]) with a few sentences describing your nominee and how they contribute to the Madrona community.

There are four award categories – you can learn more about previous winners by visiting the MCC webpage for Neighborhood Appreciation Day.