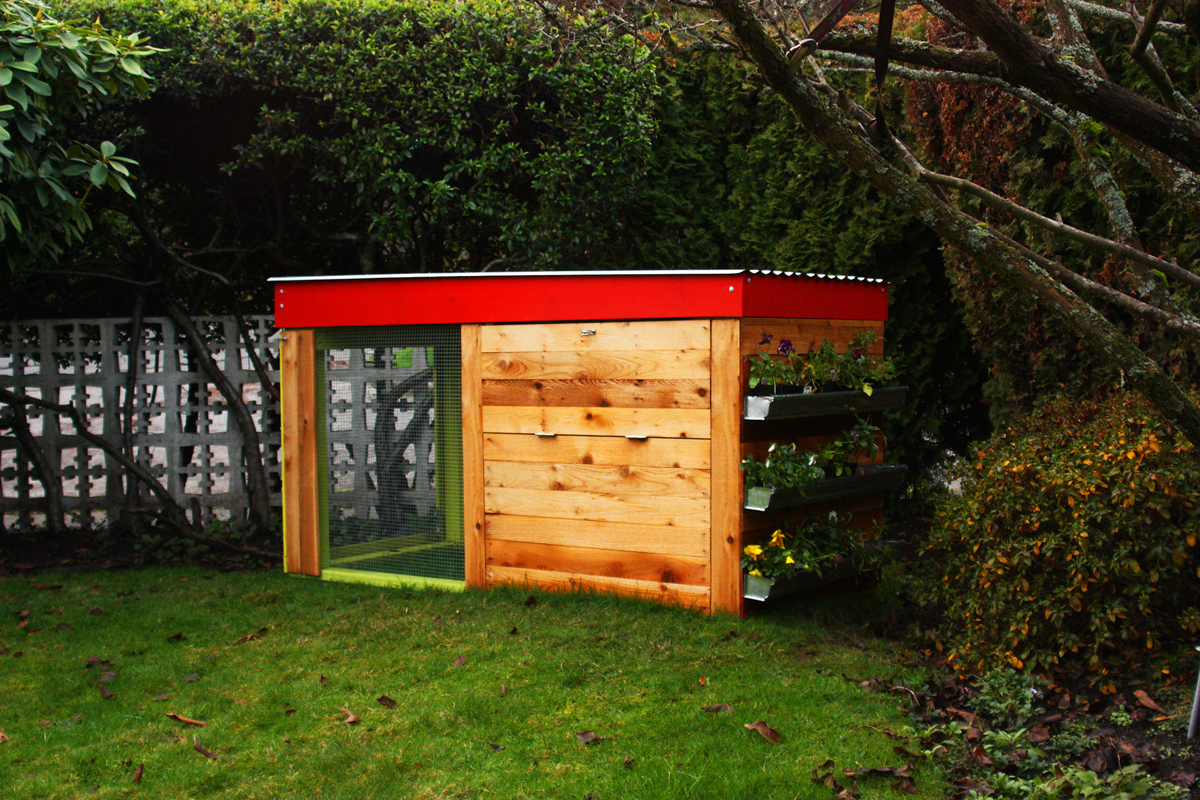 When Traci Fontyn moved from Portland to Madrona in 2009, she had already been bitten by the urban agriculture bug. She had been laid off from her job as an architect in the economic downturn and her family’s priorities had started to shift.

“The job loss has actually helped open our eyes to what our values are as a family.  Saving money and slowing down our lives became our tenet,” said Fontyn.  “We found ourselves making more meals and spending more time at home and in our neighborhood.”  And, as many urban dwellers have discovered in recent years, planting a garden to save on produce costs can be a healthy and effective way to save money and build community connections.

For Fontyn, the jump from urban gardening to keeping hens in the backyard for eggs wasn’t much of a stretch. The problem? Fontyn is an architect, and none of the coops she could find fit her clean and modern design aesthetic.

“It became a sort of obsession of mine,” she admits.  Fontyn had been missing the creative problem-solving aspect of architectural design, and developing the perfect urban chicken coop was the creative outlet that she needed.  She began keeping a sketch book of her ideas for chicken coops and after a year of brainstorming, sketching and researching she felt her design was ready to be built.  And thus, Kippen House was born.

Kippen House chicken coops are designed to to be functional and attractive and serve as a home for up to three laying hens.  The coops are also designed to be modular, which allows the client to decide where to put the access gate and egg collection hatch.  Fontyn also wanted to address the issue that urban agriculture often means doing a lot without much space.  To make up for some of the gardening space that a Kippen House coop would take up in a small city yard, Fontyn added a green roof.  She ran tests on structural load and had an engineer assist her with the design to ensure that the garden roof is deep enough to be useful and still structurally sound.  As any architect will tell you, an added benefit to this design is the insulation properties of the roof garden, keeping the coop cooler in the summer and warmer in the winter.

For those who want to raise city chickens but don’t want to be so garden intensive, Fontyn has also designed what she calls a vertical garden chicken coop.  In this design the roof slopes towards three planters attached to the side of the chicken coop.  Rainwater is directed from the roof to the tiered planters.

“Great for growing strawberries, herbs and succulents.  This would obviously need to be monitored if you let your chickens free roam your yard,” said Fontyn.

Currently within the limits of Seattle a household can have up to eight laying hens, but no roosters.  Additionally, coops must be set ten feet back from any neighboring structures.  For more information about raising city chickens, visit the City of Seattle Urban Agriculture website.

Since relocating from Portland, Fontyn and her family have been renting their home in Madrona.  They are in the process of purchasing a home, and in March they plan to relocate to Bothell.  As much as they want to remain in the Central District, her husband works as a firefighter for the City of Edmonds and Fontyn has not be able to find a full time architecture job in Seattle.  Moving to Bothell means her family will be closer to his job and will give them more space to pursue their interests in raising chickens and expanding their garden.  Continuing to develop and build Kippen House coops is high on Fontyn’s list of priorities.

The complete and assembled Kippen House coop goes for $875 and is built on site.  They are 3′ x 6′-7″, suitable for 2-3 hens, and include a nesting box, roosting pole and feeder.  You can learn more about her designs on her website and on the Kippen House Facebook page. 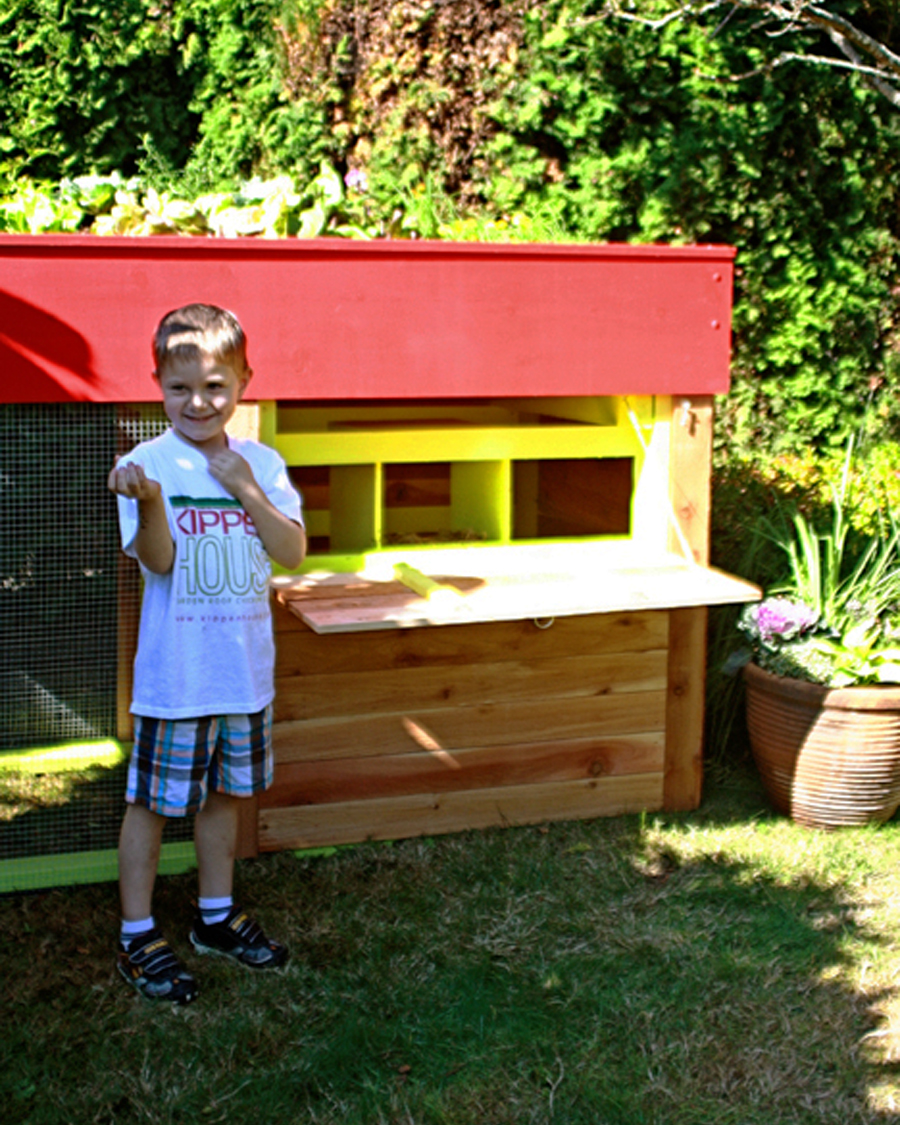 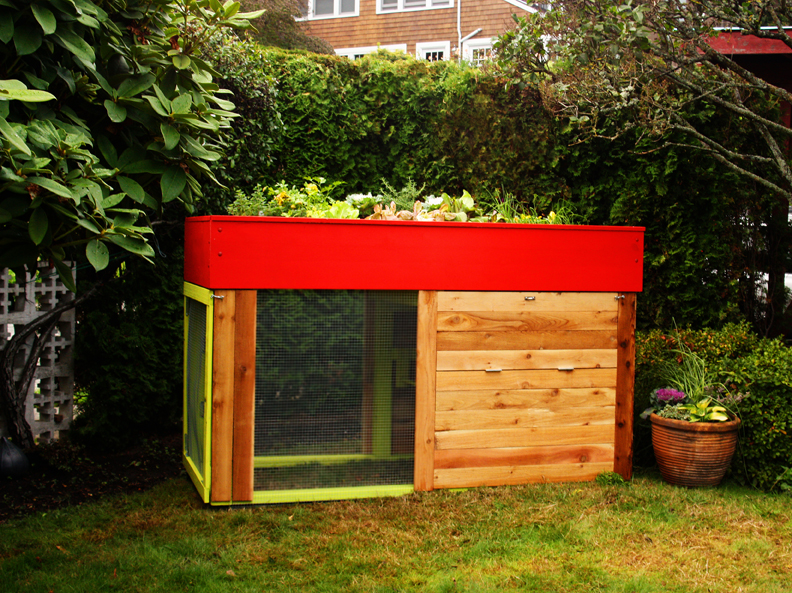