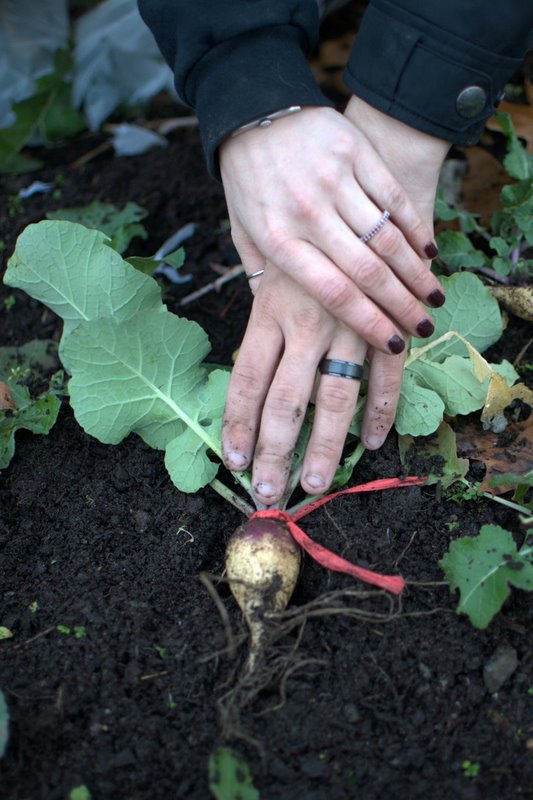 In most cases, a vacant lot may not seem like the most romantic place to propose marriage. But then again, not all vacant lots are growing rows of parsnips, spinach and, now, marriages.

In late November, Veronica decided it was time for her and her long-time partner Jose to get married. Jose and Veronica, who live in Las Vegas, have been together for years. They have been engaged before, but have yet to make it through to the wedding. Jose had proposed to Veronica in the past, and he told her it was up to her to let him know when she was ready. 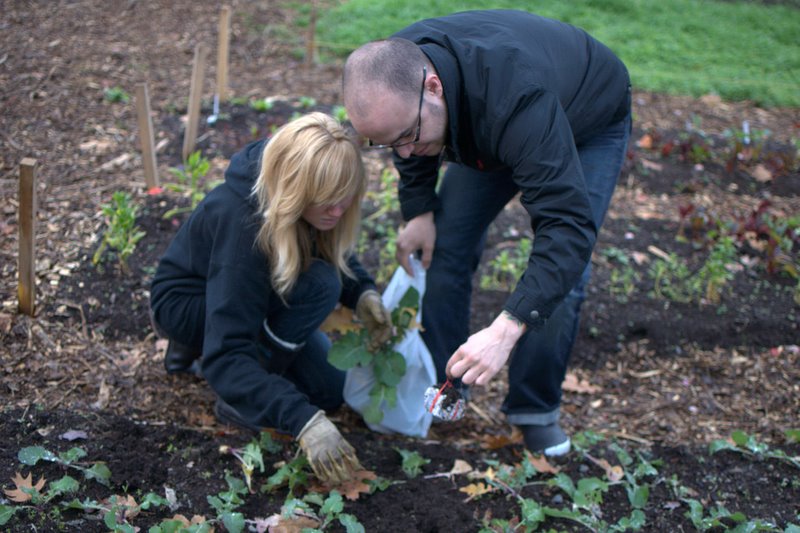 While they still live in Vegas, they hope to move to Seattle within a few years. Jose has ridden all over the country on his motorcycle, but “Seattle is the only city I’d want to live in,” he said. They had a trip to Seattle scheduled, so Veronica contacted their friend Sean Conroe from Alleycat Acres. She told him she wanted to propose, but didn’t know how. Sean suggested she propose at the farm.

“Oh my god that’s perfect!” she said. “We want to move to Seattle really bad, and I want to garden. What he said hit the nail on the head.” So Sean tried the ring box to a parsnip and buried it, ready for Jose to harvest.

“It took us all day long to get there,” said Veronica. First they accidentally drove to Alleycat Acres’ Beacon Hill farm. Then they got turned around and lost. Veronica was sweating the whole time. “I was a stressed out mess.” Of course, Jose, not knowing the weight of their farm visit, was not concerned. 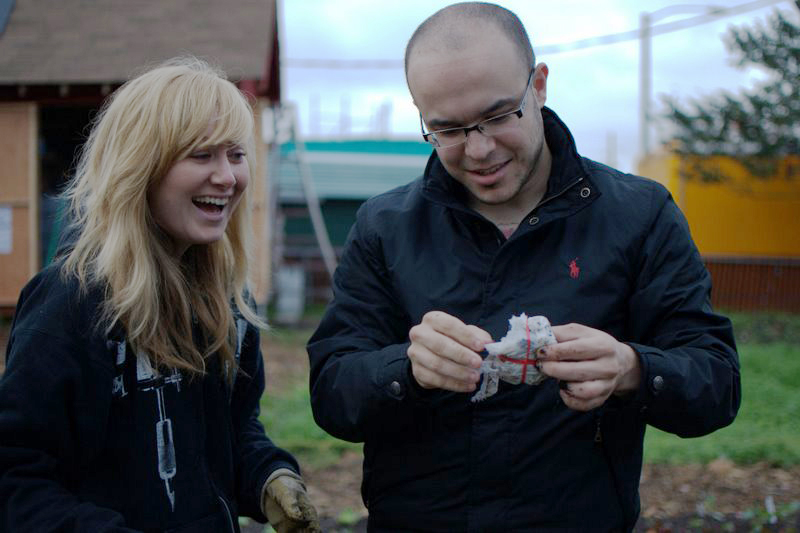 When they finally got to the farm, they started to help harvesting. After a while, Veronica let Sean know it was time. He directed them to the parsnips and directed them each to a plant to harvest. Sean had told them about some of the weird things Alleycat Acres farmers have found buried in the lot, which had been something of a dumping ground before the farm started up. When Jose pulled his parsnip out, there a string still sticking out of the ground. Sean and Veronica told him to dig it up. It was a little box of some kind wrapped in plastic. 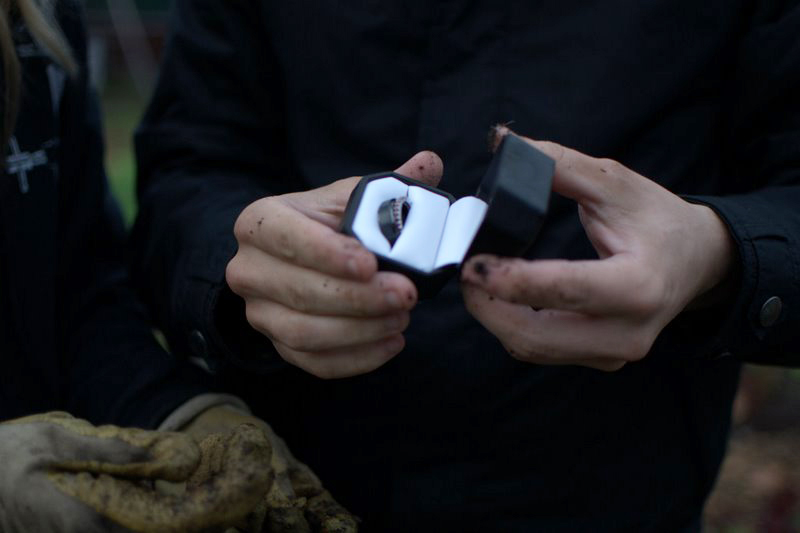 “At first I thought it was a small brick of drugs, so I was scared to touch it,” said Jose. Then, once he saw it was box, he thought it was some kind of treasure. But when he saw the rings, he knew what was happening.

Jose and Veronica hope to get married in Seattle this spring. 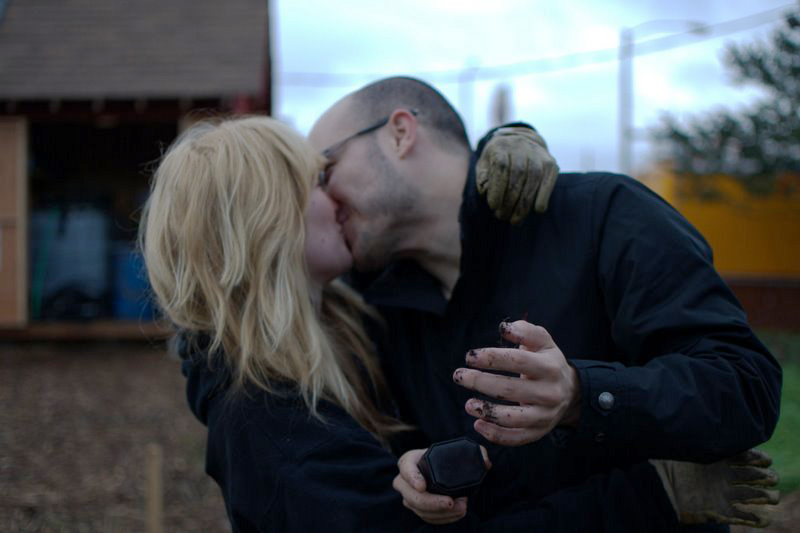 0 thoughts on “Expecting a parsnip, one Central District farmer harvests an engagement ring”