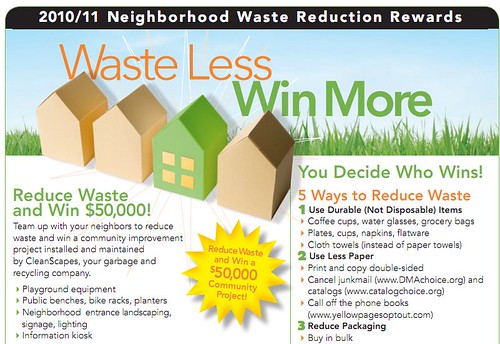 The $50,000 CleanScapes award money will go toward a new playground in Washington Park, per an announcement by CleanScapes last week.

Those who’ve been following the process here will recall that Madrona was one of the neighborhoods in the Thursday collection area (along with portions of Montlake, Madison Park, Madison Valley, Capitol Hill, First Hill and Yesler Terrace) that could submit proposals for a community project based on waste reduction from 2009-2010. The Business Owners of Madrona (BOOM) submitted an idea for sidewalk art that would tell the history of the neighborhood.

According to CleanScapes, 13 total projects were submitted by neighborhood representatives, with members of their respective community councils serving on the project selection committee. To be eligible, projects had to meet four basic criteria: the project had to be a capital improvement, located in the winning neighborhood collection area, easily accessible by the public and the total cost of the project could not exceed $50,000.

The public meeting for the project will be in January, and when the playground is installed CleanScapes plans to invite volunteers from the community to help.

What do you think of the winning project? For those who’d like to see their own neighborhood get a project, remember that CleanScapes is currently running another waste reduction competition from 2010-2011.