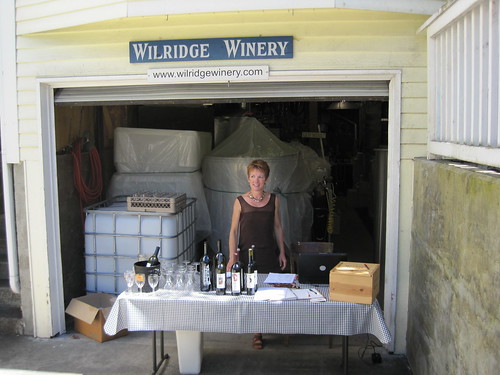 As part of an action-packed week in Madrona, Wilridge Winery will be celebrating their fall release this week with sampling and sales of their wines.

The winery at 1416 34th Ave will be open Wednesday, October 6, and Thursday, October 7, to feature the release of Wilridge’s 2008 Red Mountain Melange. Robert Parker’s Wine Advocate gave this wine 91 points and called it “a classy red blend.”

Also new for the party are the 2008 Sangiovese and the 2007 Old Vine Nebbiolo. The last few bottles of dessert wine from their new Estate Vineyard will be on sale, only available at this event.

Finally, the party is also a rally in support of Initiative 1100, the proposed vast legal changes to alcohol distribution in Washington State. Representatives from the Yes on 1100 campaign will be on hand to distribute literature and answer questions about the initiative.

Lots going on this week – who is planning to attend?