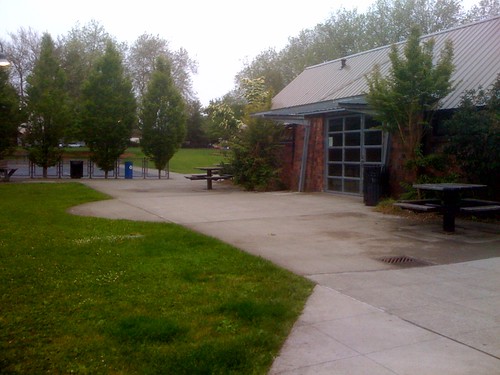 The ever-useful Madrona Moms email list had word last week of rat sightings in the shrubs near the shelterhouse at the Madrona Playground. Charming.

Seattle Parks and Recreation inspected the area around the shelterhouse last week and found no evidence of rats inhabiting the play area grounds. But given that the rats could be living elsewhere in the area, they still put out traps to see if there’s any hard evidence of rodents in the area.

According to city gardener Nancy Cifuentes, they put out “seven secured stations with bait, four around the perimeter of the shelterhouse and three in the nearby bushes along the tennis court fence.”

Parks and Rec will monitor this week and replace the bait if needed.

Have you seen any rats in the bushes near the Madrona playfield?

0 thoughts on “Report of rats at Madrona Playground”