Despite shrinking budgets to maintain and operate the resources, the City of Seattle is able to continue investing in green space for the Central District and beyond thanks to decisions voters made in 2008 when they approved the $146 million parks levy. A public hearing Monday night at 19th Ave East’s Miller Community Center will give the community a chance to speak on behalf — or against — their neighborhood projects that have made the draft list for the Seattle Parks Opportunity Fund including two CD candidates — the James Court woonerf and a new park at 19th Ave and Madison. Here’s the announcement from Parks about the hearing. More details on the Central District projects being considered for funding, below.

We are very excited about the broad interest the community has shown for the Parks & Green Spaces Levy Opportunity Fund. We received almost 100 project proposal applications. Thank you for such an amazing response!

There will be a public hearing on the Draft Final List, on October 25, 2010

James Court Woonerf: The James Court Woonerf would be installed next to the forthcoming James Court Park on 12th Avenue. It has made the draft list with a $500,000 budget allocation. In addition to extending the perceived size of the new park that will be next to it, the project is intended to provide a connection an transition to Seattle U’s new student housing and ground-floor retail that is now taking shape on the block just to the north.

19th and Madison Neighborhood Park: Another project on the north border of the Central District is also slated for funding. The 19th & Madison Neighborhood Park is allocated $473,000. Plans call for a “tranquil green oasis” in that urban stretch of Madison Street. It would be fully accessible to all the neighbors near it, including the many residents of the nearby Hearing, Speech & Deafness Center (HSDC) and the Seattle Association for Jews with Disabilities.

The proposed Jimi Hendrix Park next to NWAAM on the south end of the neighborhood was also hoping for funding, but is only on the alternate list of projects. 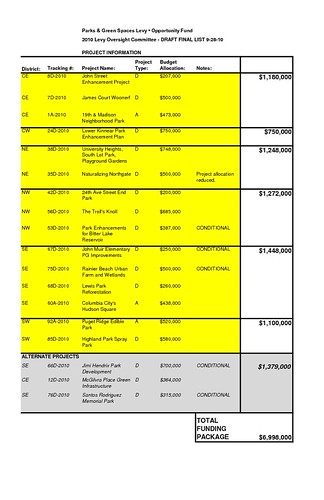 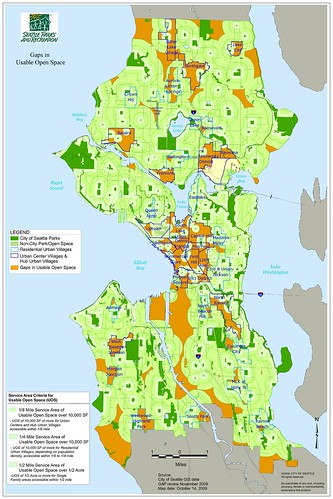