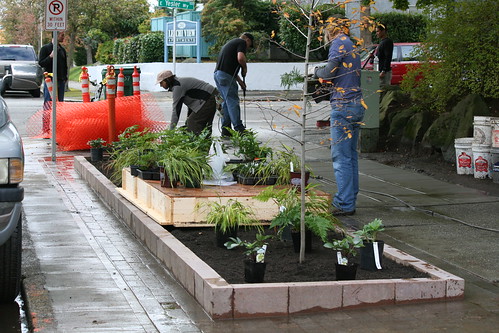 Sunday will mark the first full year since Officer Tim Brenton was shot and killed with an assault rifle at the corner of 29th & Yesler.

That crime and tragedy has brought the Leschi community together, and the result of that cooperation is the new memorial to Officer Brenton’s life and service to the city that has quickly taken shape at the site of the murder.

The memorial will be dedicated on Sunday at 3pm in a sizeable ceremony. A large crowd of neighbors, family members, police officers, and other supporters are expected to be on hand for the official unveiling of the monument.

The city will be closing Yesler to traffic at 2pm, and the dedication ceremony is expected to run from 3:00 until 3:30pm.

0 thoughts on “A sad anniversary on Sunday, but paired with dedication of community-built memorial”