Yesterday Seattle Parks officials responded to our request for more details on the controversial removal of the new stone sofa that had been installed at 23rd & Cherry, next to the Garfield Community Center.

Parks spokesperson Joelle Hammerstad said that the original design for the area was intended to be “a visually pleasing landscaped area” and not a bench or other area used for gathering.

She also confirmed that safety concerns and the lack of visibility from inside the building were the main reasons to remove the sofa:

There were many folks who didn’t like the bench, notably members of the Garfield Community Center Advisory Council because of the potential for safety issues at that corner. The concern was that the bench would become a magnet for kids to congregate, which wouldn’t be a problem if it was on the east side of the building where the play area and ballfield are, and where staff at the community center can keep an eye on things. But a place for kids to congregate in a location that is a completely blind corner to the staff in the building presented a potential safety problem.

It still seems regrettable that we can’t find a way to enhance safety on that corner through activation and adding eyes on the street, and instead focus on discouraging a community presence there. 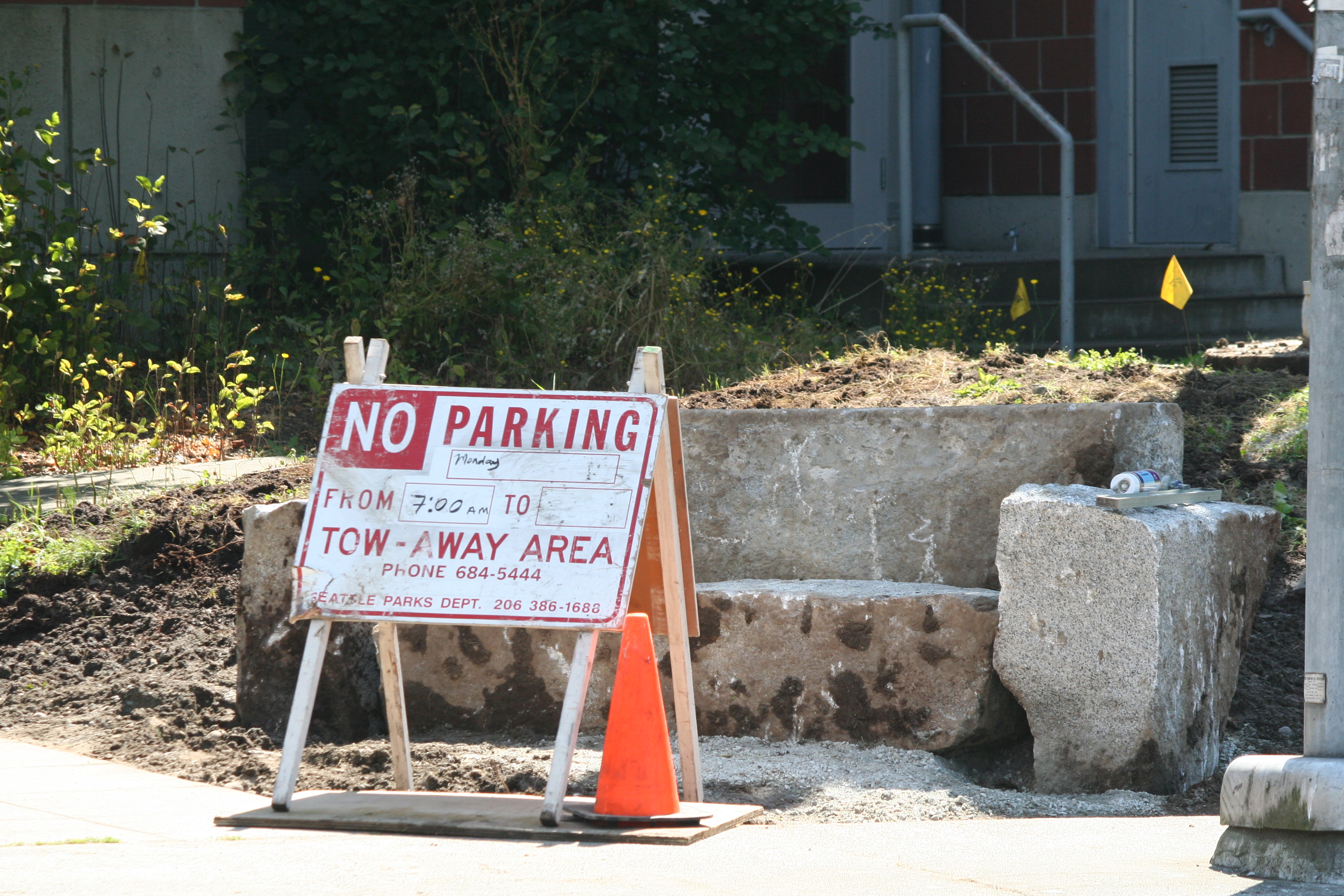 Before: A cool stone sofa