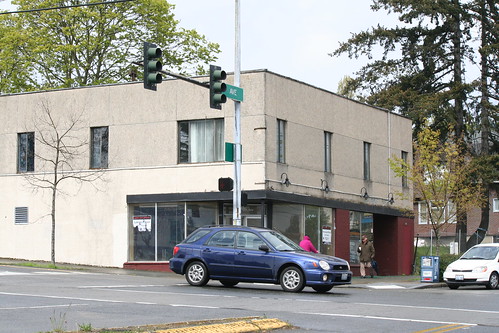 CDNews tipper Bill forwarded a note from Seattle Housing Authority noting their plans to demolish the vacant business block north of Yesler on 12th Avenue.  A fact sheet from SHA (attached at left) says that the demolition is moving forward “because it presents a safety hazard and blight in the neighborhood.”  Issues include repeated break-ins from transients who have been camping out on the second floor.

Although SHA has not immediate plans for development on the property, they’ve previously mentioned the possibility of expanded public housing to provide room for Yesler Terrace residents who will be displaced by the proposed redevelopment of the 70 year old housing complex. The block may also become home to the maintenance base for the 12th Avenue streetcar.

In the meantime, SHA says that the property will be fenced and well-maintained.

The Seattle Fire Department will be using the building for fire training on Wednesday of this week, and may include some “harmless, artificial smoke” in their drills. That could be a fun daytime outing if you have any young kids who like to watch big trucks, ladders, and people in fire gear. 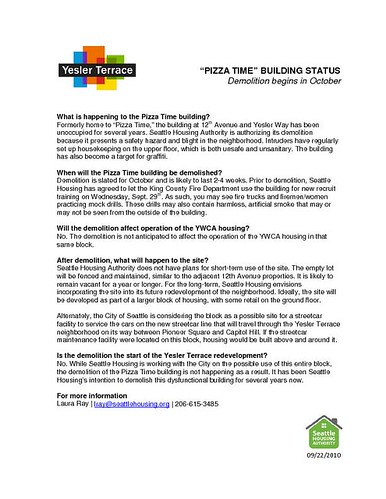