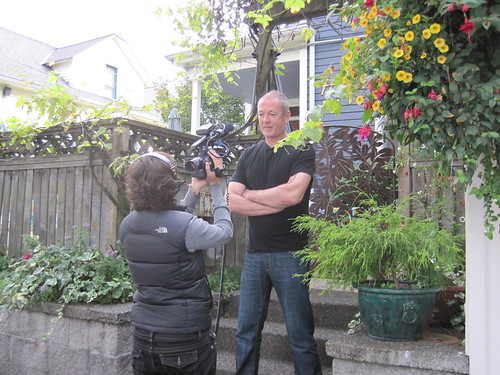 Brunchers at Hi Spot Cafe encountered a camera crew and release forms with their coffee this morning. Local production company Interchange Media Art Productions was on hand to shoot footage for a series on Seattle’s “Top 5 Breakfast Places.”

Interchange’s Michele Gomes and Jenny Ting are planning to submit their film to both local and major television networks (they asked us not to mention the specific network since they’re still in the submission process). The 2-3 minute clips could appear on either the network’s website or on television.

“We’re learning so much about how business are creating space for the community to come together,” said Gomes.

Don’t expect to see Hi Spot on film right away, though – It will be a few months before the clips are viewable, if selected by the networks.