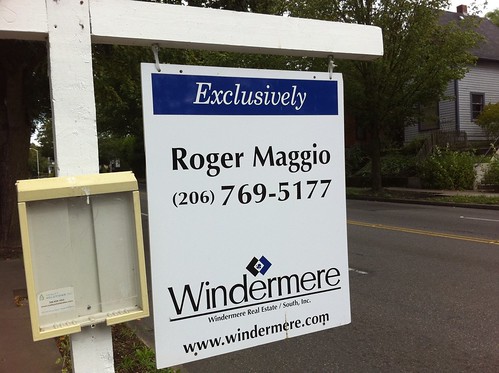 The Redfin blog provided an update last week on home prices in the Seattle area, noting that county-wide sales prices are down 3.5% for August vs. the same period in 2009. But we dug through Redfin’s detailed neighborhood-by-neighborhood breakout and found that neighborhoods in the Central District are bucking that trend, with some rising significantly at the end of the summer selling period.

Statistics provided by the Northwest Multiple Listing Service appear to confirm this trend, showing a year over year increase of 21% for the area between 520 and I-90.

Last week the Seattle Time’s reported that Garfield High School’s popularity was driving some families to move into the neighborhood just to be in its attendance area. Perhaps that’s one of the factors behind the rise in our real estate values?