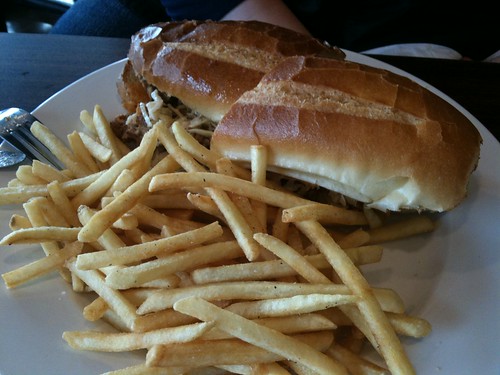 Looking for some neighborhood eats for tonight? You’re in luck, because it’s time for our semi-monthly update on reviews left businesses in our neighborhood directory:

Charlies Flame Broiled Burgers gets high marks from prattpark3, who says it’s “by far the best burger place around.”  Better than Red Mill? That’s a bold statement for sure

Taco City USA seems to have sinking reviews since their initial debut. andyk says “It was OK i guess”, Elvis says “quite possibly the worst mexican food i’ve ever had”, and sfqua06 says “what you’d expect.”

Cheeky Cafe (a new CDNews sponsor) is still getting high marks, with prattpark3 saying they had “outstanding service and spectacular food.”  Their new brunch is getting rave reviews too: CDgal loves the “fluffy pancakes”, and sohocoffee loved the french toast, bacon, and eggs.

Ezells appears to either have big fans or haters. eprince says “Chicken the way it’s supposed to be”, but andyk says “the chicken is too salty for my taste” and that it’s too expensive.

Seven Star Women’s Kung Fu is “a wonderful place” according to cbok.

Soho Coffee Company (a long-time CDNews sponsor) has a big fan in cdryan, who loves the music, wifi, Stumptown coffee, and friendly staff.

0 thoughts on “Business review round-up: Lots of love for cheeky, less for Tacos”