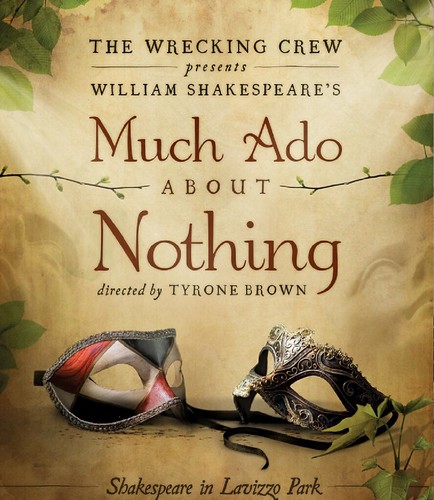 We think it’s so cool that little old Lavizzo Park is getting so much love this summer. A new series of live entertainment starts there tonight at 7pm, with The Wrecking Crew’s production of Much Ado About Nothing.

The show is totally free, and it’s the first of six performances on Friday and Saturday nights through August 28th.

Our friends at The Seattle Times had good things to say about a previous Wrecking Crew production, so we’re looking forward to what they can do with a Shakespeare comedy. We’ll be going tomorrow night, so if you go tonight, please let us know how it goes in the comments below.

Lavizzo park is just south of 22nd & Yesler, in the valley behind the Odessa Brown clinic.