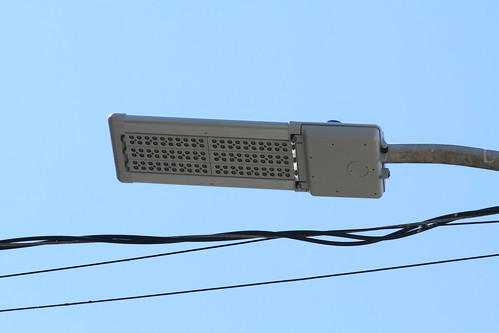 CDNews commenter Andy alerted us that the new LED streetlights were installed on Cherry Street sometime around the end of last week.

They’re the first of the new style of energy-efficient lights to be installed in the Central District, part of a trial to test their performance on arterial roadways.

City Light is beginning a five-year program to replace all streetlights citywide with the LED variety, finishing up in 2015. The new lamps last much longer than the old ones, and their lower energy costs are expected to save the city $2.4 million once they are fully deployed citywide.

The new lights give off a much whiter color or light than the orange glow of the old sodium lamps. Andy says he’s a fan, calling them “beautiful.” You can check them out for yourself any night now in the blocks between 23rd & MLK on Cherry.