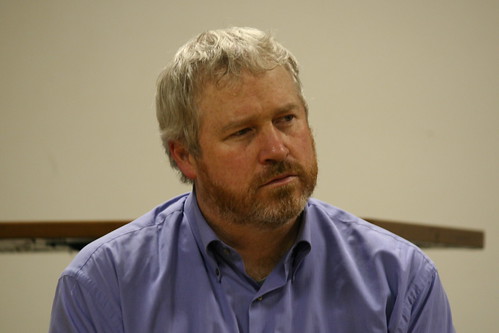 This morning we started writing a story about how tonight would be your chance to get some face time with the mayor at the East Precinct Crime Prevention Coalition. Once the story was written, we went to get the link for the event and saw Joanna’s note that the mayor may not be there after all.

A quick call to the mayor’s office confirmed the sad news, with spokesperson Aaron Pickus telling us:

The mayor was planning on attending, but he is now required at another event.  Deputy Mayor Darryl Smith will be going in his place, along with Mayor’s Office staffers Ainsley Close and Derek Farmer.  James Keblas from the Office of Film and Music will also be attending.

The main topic of discussion will be the Seattle Nightlife Initiative, and it’s also always your opportunity to talk face to face with police leadership about the issues you’re seeing on your own block.

The meeting starts at 6pm, in the Seattle Vocational Institute building at 2120 South Jackson. Enter through the door next to the parking lot on the north side of the building.

Can’t make it? We’ll be there and will get the full blow-by-blow.

Update: We learned at the meeting that the mayor was at another event in the neighborhood, at the 29th & Cherry Y talking with youth about racism.

0 thoughts on “EPCPC meeting tonight, but no mayor in attendance”