We’ve had some long debates over the last few days about the Blue Angels and their yearly flight over the neighborhood. But so far the anti-Angels side has only had noise and waste as the biggest negative points to the annual show.

Now it appears we can add actual property damage to the list.

CDNews reader Karin McHegg was away from her Leschi home watching the air show today and was one of several people who reported hearing two more sonic booms towards the start of the event. And as was the case yesterday, Karin says that the booms appeared to come from the gray F/A 18s that are in the “warm-up act” of the main show.

The power of those shock waves was brought home to Karin when she got back home and found that the plate glass of her dining room window had been shattered, apparently by the force of the sonic boom.

A commenter in yesterday’s thread about the first sonic boom left a link to a Mythbusters episode which documented physical damage to a test structure after several low-altitude supersonic passes by a Blue Angels jet.

Karin says the damage to her home hasn’t really changed her opinion of the Blue Angels show as she wasn’t a fan to begin with. She told us “Shaking the house enough to break a window is ridiculous. Sure, relatively minor damage, no one got hurt, but we’ll have to get up on a ladder to pull out the window and repair it. Really? This is allowed? I must say that if the Blue Angels never came back I would be glad.”

She estimates the total cost of repairs at less than $100, plus the time to go get the glass and then repair it. And she’s been told that she can request Seafair representatives to come out and assess it for possible reimbursement.

Here’s the photos Karin sent us of the damage from the outside, and of shards of glass left on her dining room table: 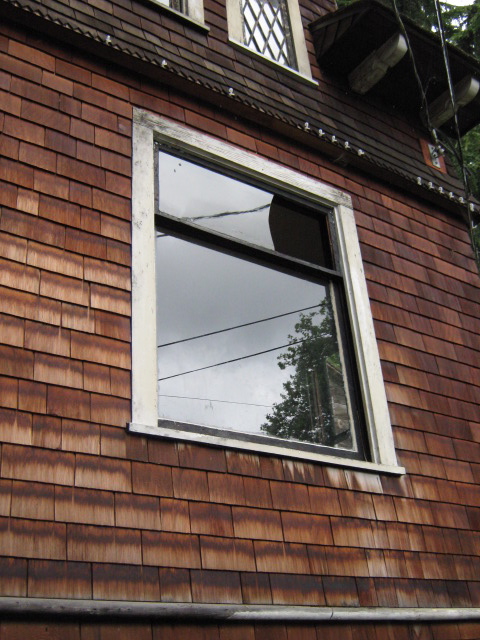 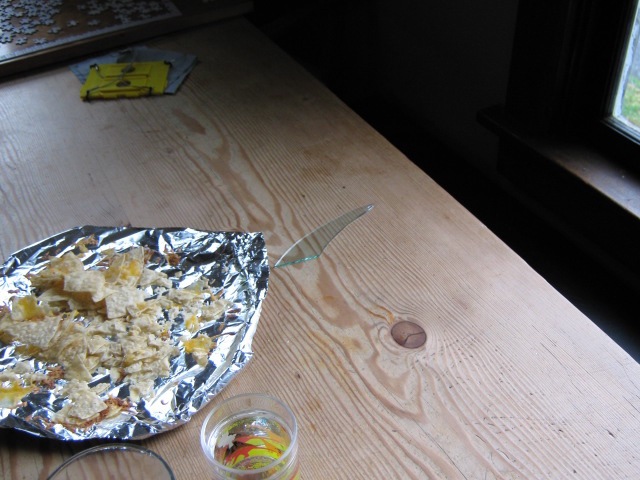