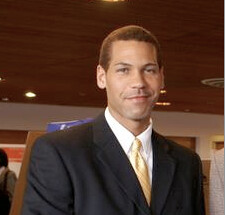 Today our news partners at The Seattle Times have a long front-page article on Christopher Monfort, the suspect accused of killing Officer Timothy Brenton and wounding Officer Britt Sweeney in a brutal shooting in Leschi last Halloween.

In two jail-house interviews, Monfort at first asked to be paid, and claimed that his intentions were honorable:

Told that The Seattle Times would not pay, Monfort declined to talk about the charges against him. But he said: “My intentions are the best for the city and the country. The things I’m accused of are selfless acts. I didn’t get anything out of them. I’m not accused of robbing banks or stealing.”

In a second interview, Monfort continues to raise the issue of police brutality and the public’s support of police:

In this visit, he remains fixated on police misconduct. He cites cases across the country — in Detroit; Everett; San Bernardino, Calif., — in which police were accused of brutality. Violent crime nationwide has fallen, yet “we’re still seeing a ridiculous amount of police brutality,” he says.

Monfort is scornful of citizens — “Tories among us,” referring to supporters of the British monarchy — who lavish praise on police who “don’t even do their jobs.”

The Times also includes a lot of new interviews with Monfort’s acquaintances, including former schoolmates who described him as a loner, intelligent, but uncomfortably focused on politics.

Read the whole thing at:

The county prosecutor is currently weighing whether to seek the death penalty against Monfort, with a decision expected by September.