This week a team of architects working with the city gave the public their first peek at the designs for the new park at the corner of 12th Avenue and James Court. Two designs were presented, described by the architectural team as a “bold urban gesture” that tried to combine artful designs into a flexible event space.

The designs had several features in common, including a green buffer on the east side of the property to protect the privacy of a single family home there, plus tables, chairs, rain gardens, and integrated artwork.

The most popular feature was referred to as the “cloud”, which is a floating work of art that would be suspended by wires above the central portion of the property. It would contain large convex mirrors that people could look up at from below, would provide some shade during the day, and would be lit up at night.

The cloud would be surrounded by tables, a raised platform (shown in blue), and small greenery and trees: 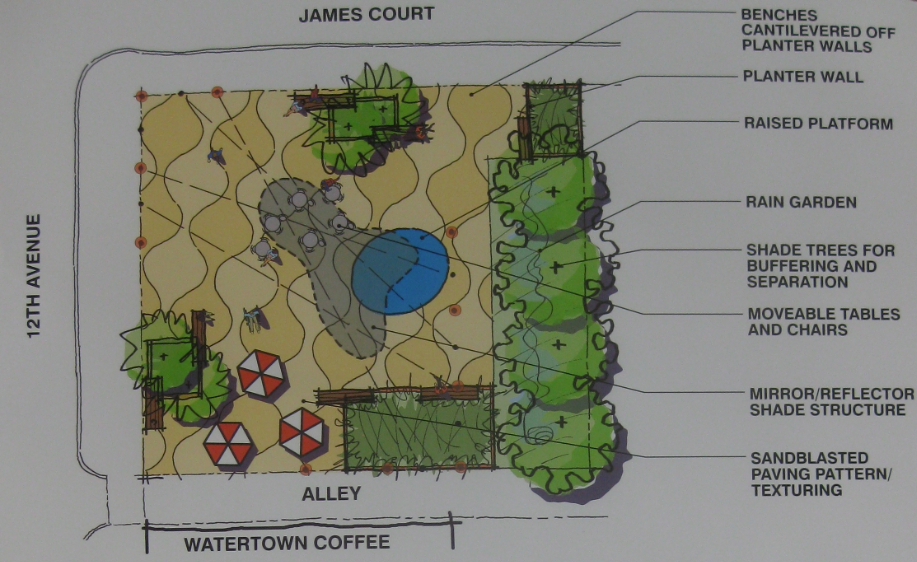 The other option creates flexible conversation areas through the use of chairs mounted on rails that allow them to be turned around and rearranged along an axis. It also has tables under a shade structure and a set of stepped platforms that provide an informal performance space: 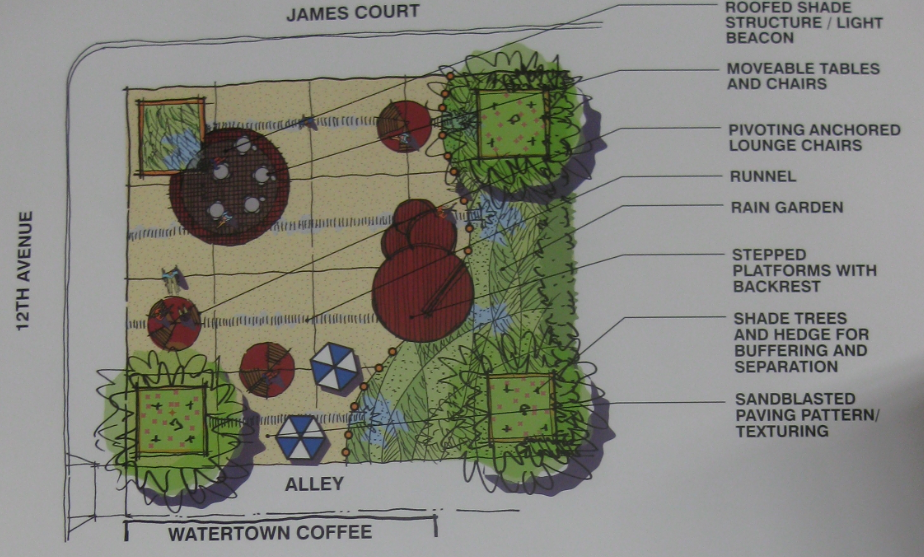 Attendees at the 12th Avenue community meeting this Tuesday gave a lot of feedback to the designers, including requests to combine some of the best features of each, with several comments about keeping the cloud installation in whatever design gets final approval. Other comments included finding ways to insure the park was open to the neighboring commercial spaces such as Watertown Coffee.

The architects are also working to keep their options open in case the neighborhood’s woonerf proposal for James Court gets approval later this fall.

Parks department staff said that the design team will next try to work in all of the public comments before coming back with more refined designs early in the fall.