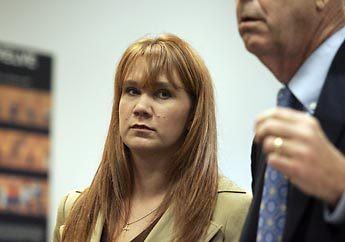 Our friends at The Seattle Times have the story on today’s arraignment of Taryn Fairbanks, the 33-year-old former Garfield teacher who has been charged with a felony after allegedly having sexual contact with a 17-year-old student:

Fairbanks pleaded not guilty to the charge. Her bail was reduced from $50,000 to $25,000 in court Wednesday. Fairbanks was making arrangements to post the bail and is not expected to be booked into the King County Jail, said Dan Donohoe, spokesman for the King County Prosecutor’s Office.

Fairbanks taught language arts and was a faculty advisor for the high school’s student newspaper.

As we’ve mentioned before, Fairbanks behavior was evidently a poorly kept secret, with rumors of it having spread throughout the school. The incident came to the attention of staff and the authorities when a parent found text messages referencing her on a student’s cell phone. Police are still interested in speaking to anyone who may have information on other illegal contact between Fairbanks and any underage students.