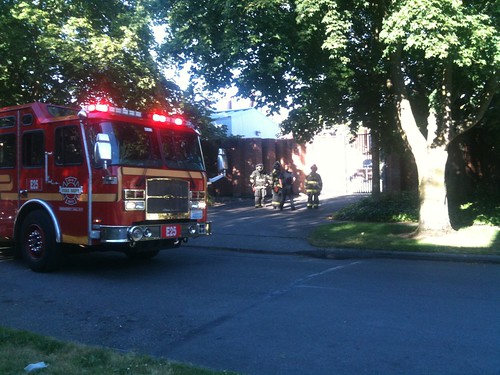 Fire crews have responded to a report of an explosion and smoke coming from Seattle City Light’s big substation at 23rd and Pine.

A police officer who was nearby heard the explosion and saw the smoke driving southbound toward Union.

We experienced a brief power surge at CDNews World HQ, but thankfully so far all of our fans are still going.

City Light sent out a press release earlier today warning that high temperatures can stress the electrical system, bringing the possibilities of outages.

Leave a comment below if you’ve lost power in your part of the neighborhood.

0 thoughts on “Similar situation in June ’08”