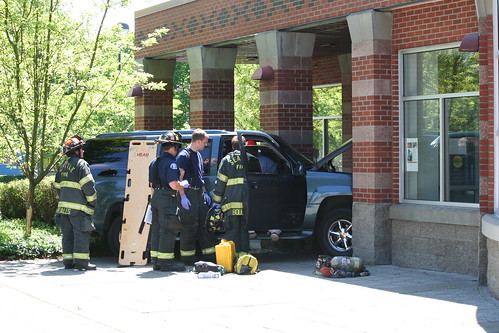 A two- car accident has sent a Chevy Tahoe careening into the Casey Family Program building near 23rd & Union.

It appears to have been heading north on 23rd when it hit a southbound white minivan, and then left the roadway and into the building. The driver of that minivan appears to have escaped injury.

A large medic response is tending to the passenger-side occupant of the SUV, but he appears to be conscious and moving. We didn’t see any sign of the driver of the SUV at the accident scene.

Update: The passenger of the SUV was loaded onto a stretcher and taken away in an ambulance.

The damage to the building appears to be superficial. Some bricks where knocked loose on one of the building’s columns, and a small tree got scraped, but the vehicle didn’t break through into the structure.

Update x2: 5:34pm More photos from StatonD as they pull the car out of the building: 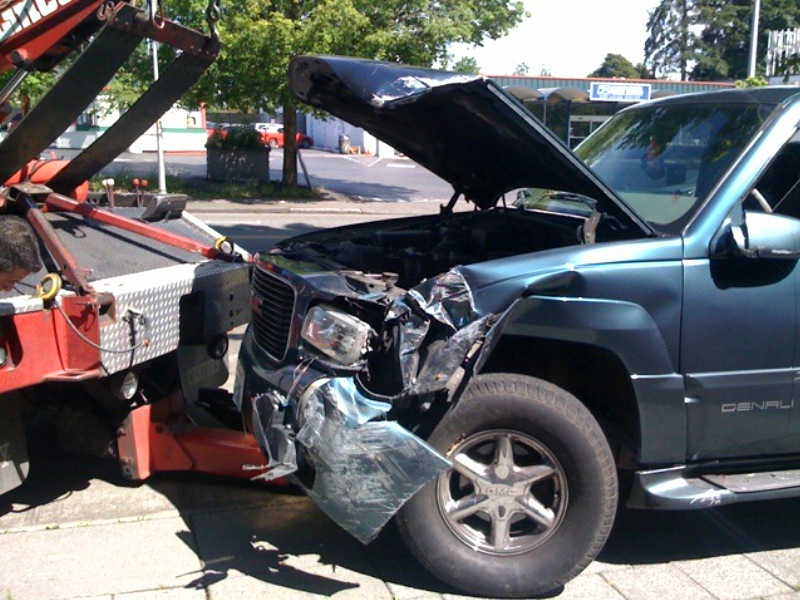 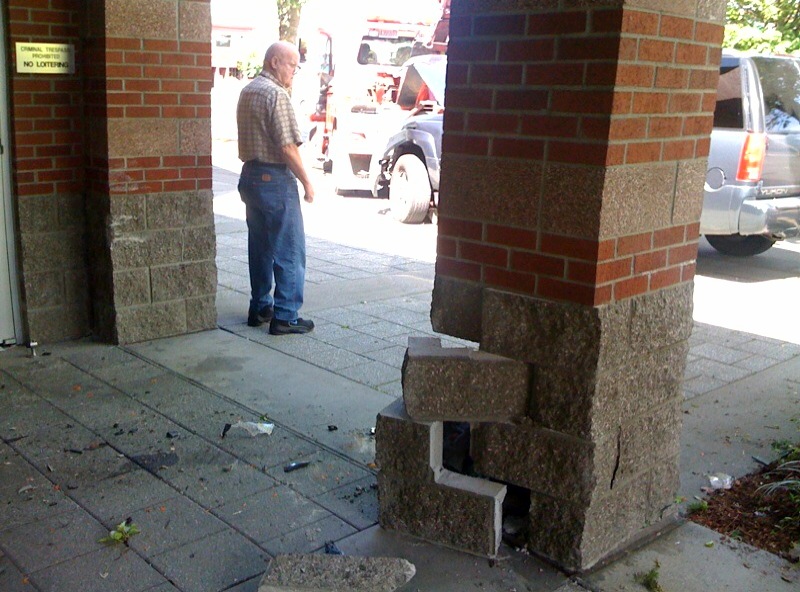 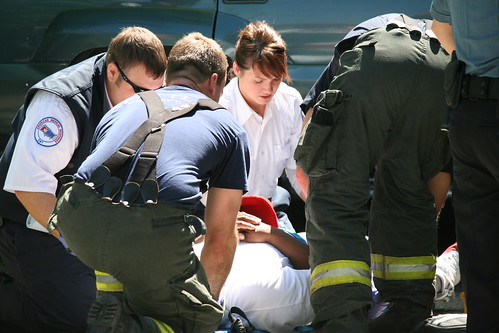 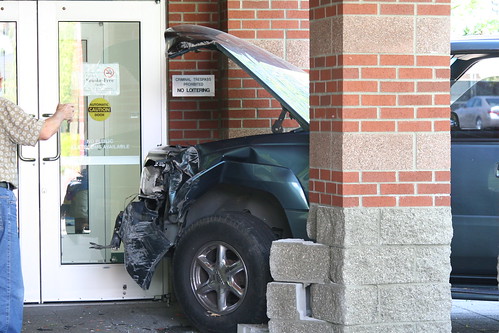