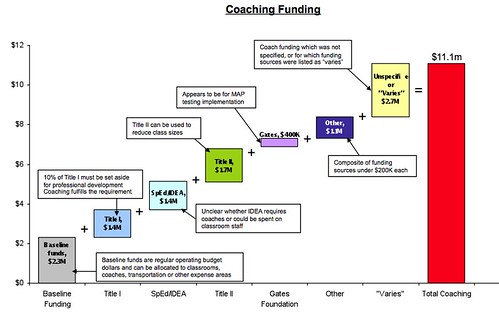 Last fall we told you about Meg Diaz’s report on the Seattle School District budget and how her analysis showed that the district was spending much more on central administration that other comparable districts in the state.

This week a commenter reminded us that it needed follow-up, so we got the latest details from Diaz, who sent us the district’s formal response to her analysis (attached as a PDF above).

The district’s finance team found that:

The district issued some new budgeting rules and now the teacher coaching costs are reported the same way as other districts. But Meg Diaz claims that the Seattle School’s budget for coaching is still high when compared to other large districts, saying in an email:

Districts like Lake Washington, Tacoma and Bellevue have a lower proportional coaching investment (adjusting for the size of the district compared to SPS)…

Diaz’s updated analysis (also attached above) shows that a change in budgeting priorities could shift $4 million or more from coaching to things like reducing class sizes. In addition, she raises concerns that coaching expenses increased 8% in 2009-10, even while classroom spending declined by $2 million over the same period. 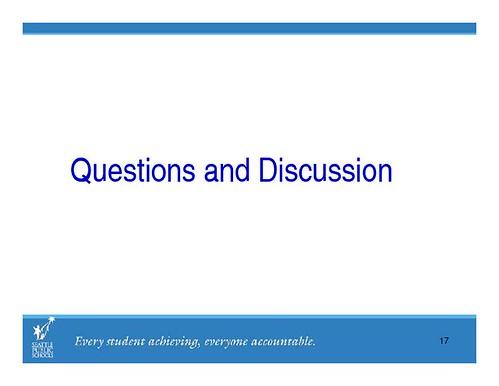 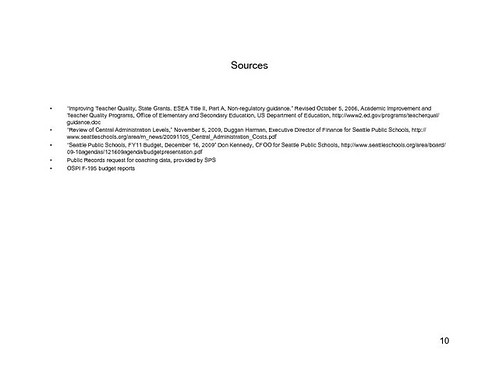