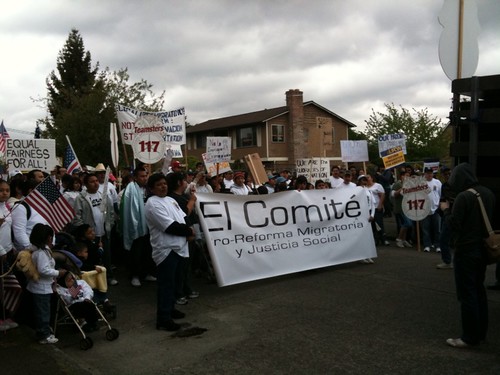 A big crowd is forming up around Judkins Park, preparing to march down Jackson Street.

Bus loads of marchers are arriving every few minutes, and the marchers are getting fired up with chants of “si, se puede.”

Immigrant rights are a big part of this year’s event, driven by the controversial new law in Arizona that targets undocumented immigrants.

The march is scheduled to kick off at 12:30. Expected Jackson Street and all cross streets to be closed to traffic for an hour or more as the march heads downtown to Pioneer Square.

We’ll have live updates throughout. 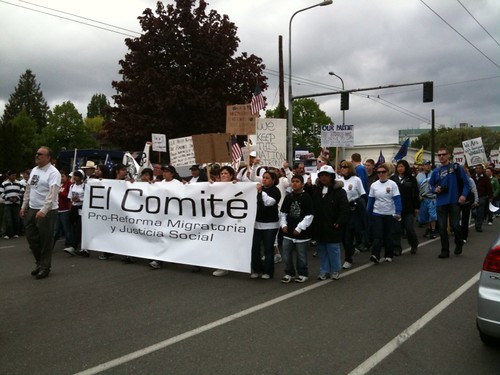 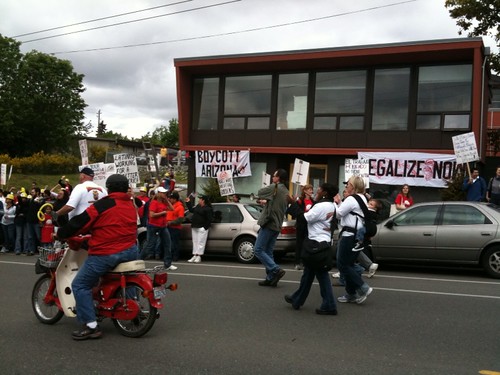 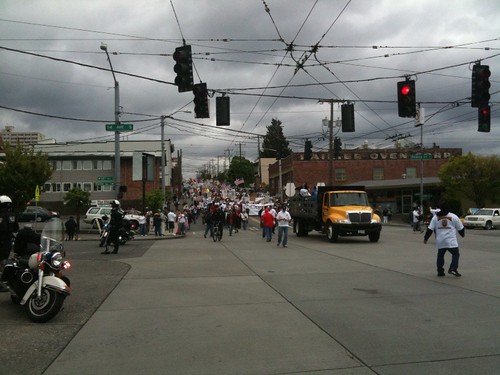 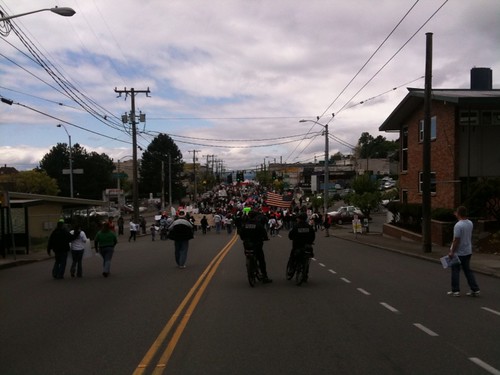