Here’s how it works:

There’s lots of directions there, so here’s a graphical aid to help sort it out: 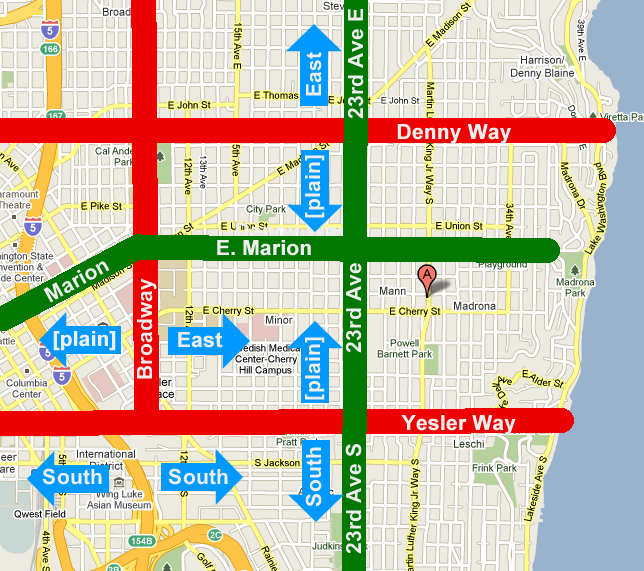 And finally, if you’re calling 911 and you live on a street without directions, make it clear to the operator by telling them you live on [street name] “Plain”, such as “23rd Avenue Plain”.