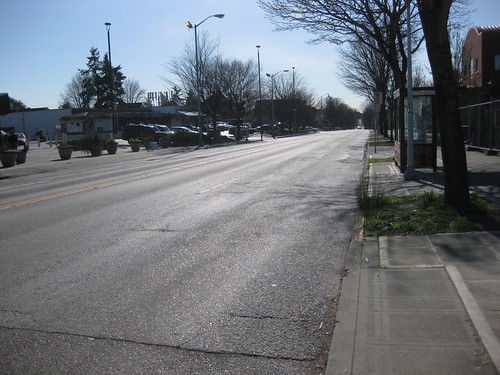 We got a press release from SDOT yesterday detailing the performance results after Stone Way was narrowed up in Fremont/Wallingford. There was much controversy at the time that project was proposed in 2006, with area businesses and residents fearing long backups and more congestion.

But two years after the project was completed, the city has data that shows the reduction to two lanes from four was a big success:

Could this be a model for our own 23rd Avenue?

That would appear to suggest that it’s an option. Stay tuned for more data next year when the city studies adding off-peak parking to 23rd.