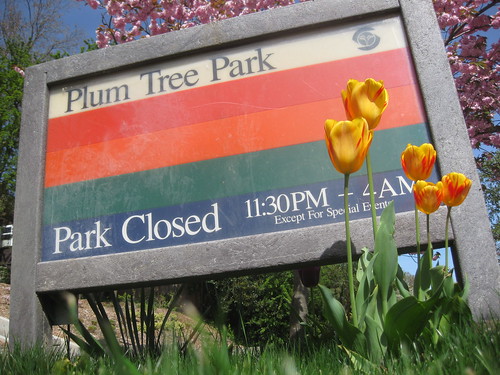 Last summer we reported on how neighbors around Plum Tree Park were upset with the illegal activity that took place within its heavily wooded perimeter. The city came in and fixed that after repeated requests from those neighbors, and now that Spring is here it’s cool to see the final result.

We happened by on our dog walk yesterday and found the namesake plum tree in full bloom and new plants starting to take root along the retaining wall and pathways the city added. But the biggest change came from the removal of the dense trees along the front edge, and now you can actually see that there’s a nice children’s play area sitting in the middle of the park.

Here’s the before and after:

0 thoughts on “Plum Tree Park all spruced up”