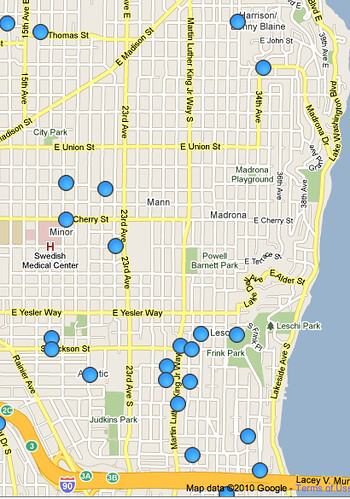 We’ve completed an analysis of the last month of Burglary reports on SeattleCrime.com, and have found that $18,363 was stolen since the end of March. That’s almost the same level of burglaries we saw last month.