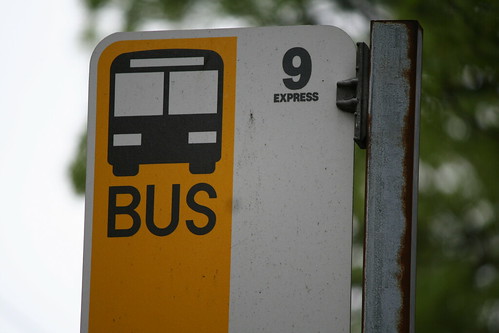 Although some dreams were dashed when the First Hill streetcar was designated for Broadway, neighbors around 12th Avenue got the next best thing: a mayoral commitment to explore other transit options for 12th.

But the next question for community members and leaders is what their “ask” should be to fulfill that pledge. The topic came up at this month’s 12th Avenue Stewardship Committee meeting, where the discussion centered around two basic options:

The #9 Shuffle: The first option would be to lobby for moving the #9 bus route from Broadway to 12th. The advantage here is that the route exists just a few blocks away from 12th and wouldn’t require an overall increase in Metro service to bring the buses over to 12th. But the downside is that the #9 isn’t a great bus route, running only once every 30 minutes, and only until 6:30/7:15 in the evening. Plus, it’s likely to aggravate some 1st Hill users of the #9, even after they get a shiny new streetcar route.

A new route: The second option is to lobby the city and county for an entirely new bus route. But it’s an uncertain path. Metro is facing a major revenue shortage, and may be cutting routes in coming years if the situation doesn’t improve. And in the unlikely event that the agency has more money to spend that it’s planned, current county rules put 80% of all new bus service in the suburbs, not Seattle. So it’s difficult to see how 12th Avenue could come out of all of that with thousands of hours of new bus service for an entirely new route.

More clarity should come next year with the completion of the new city Transit Master Plan, which could identify funds to improve transit in corridors like 12th. But it’s often smart to get ahead of the curve on topics like this, so it would be good for the community to pick its strategy and start the discussions ahead of time.