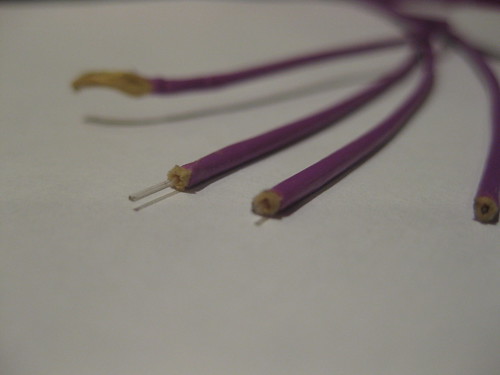 According to our highly scientific polls, only 13% of you are happy with your current internet services.

But Tony Perez, Director of Seattle’s Office of Cable Communications, says the city is developing plans to bring you a whole new level of broadband services. At tonight’s Let’s Get Connected event, he described a future where the city has built a state-of-the-art fiber-optic network that reaches every home in the city, providing a huge leap in internet speeds and reliability, at an affordable price.

Although the infrastructure would be municipally owned, it would be an “open access” network, meaning that private operators would compete on top of it to bring you services such as internet access, phone service, or hi-def cable channels.

The way Perez describes it, our current offerings suffer from their history, having taken old broadcast technology and grafted network services on top of them. But fundamentally, they’re still designed to provide more bandwidth downstream to you, and less back upstream from your home. But the new generation of internet services are fundamentally interactive, and we need a network that lets you send data as quickly as you can receive it. A completely new fiber-optic infrastructure would provide that.

The interesting thing is that it can be done without a tax increase. According to Perez the entire $450 million system could be financed through municipal revenue bonds, issued against the future service fees that people would pay to access the network. And once construction started the project is funded, the first homes would be turned on within 18 months, with city-wide build-out in 3 to 4 years.

This wouldn’t be the first time that Seattle had decided that the city could step in and provide what private industry was failing at. In 1900, the privately owned Seattle Electric Company provided power to residences and businesses across the city. But at $.20 per kilowatt-hour, it was expensive – several times more expensive than today. In inflation-adjusted terms, those rates would make your typical $75 electric bill in 2010 skyrocket up to $4,000.

So in 1902 city voters decided to allow the city to issue bonds to start a municipal electric system, and today we have Seattle City Light, which provides some of the lowest electric rates across the nation.

A municipally-owned fiber-optic system would do something very similar, taking a service that is critical to the modern economy and using the bonding power of government to build a state-of-the-art system that is accessible to everyone in the city.

Perez says you can help out by filling out Google’s forms for their new fiber-optic program. Although it would only pay for a fraction of Seattle’s total system, it could be the key piece to get it all started.