Here’s the culprit behind the disruption of the #27 bus. An alder tree has fallen across Lake Dell Ave up near the top of the hill from the steep embankment east of Leschi Elementary.

City crews are now on the scene, preparing to remove it, but you should expect the closure to last through the morning.

The tree also took down some phone and electric wires, so appears that some of the neighbors on this side of the hill will be without service.

We saw one pedestrian who allowed to get across on the east side, opposite the downed wires, but its likely that all access will be blocked once work starts to remove the debris.

Update: 12:14pm – The tree is now removed and one lane is being opened back to traffic. Other lane anticipated to open within 30 minutes 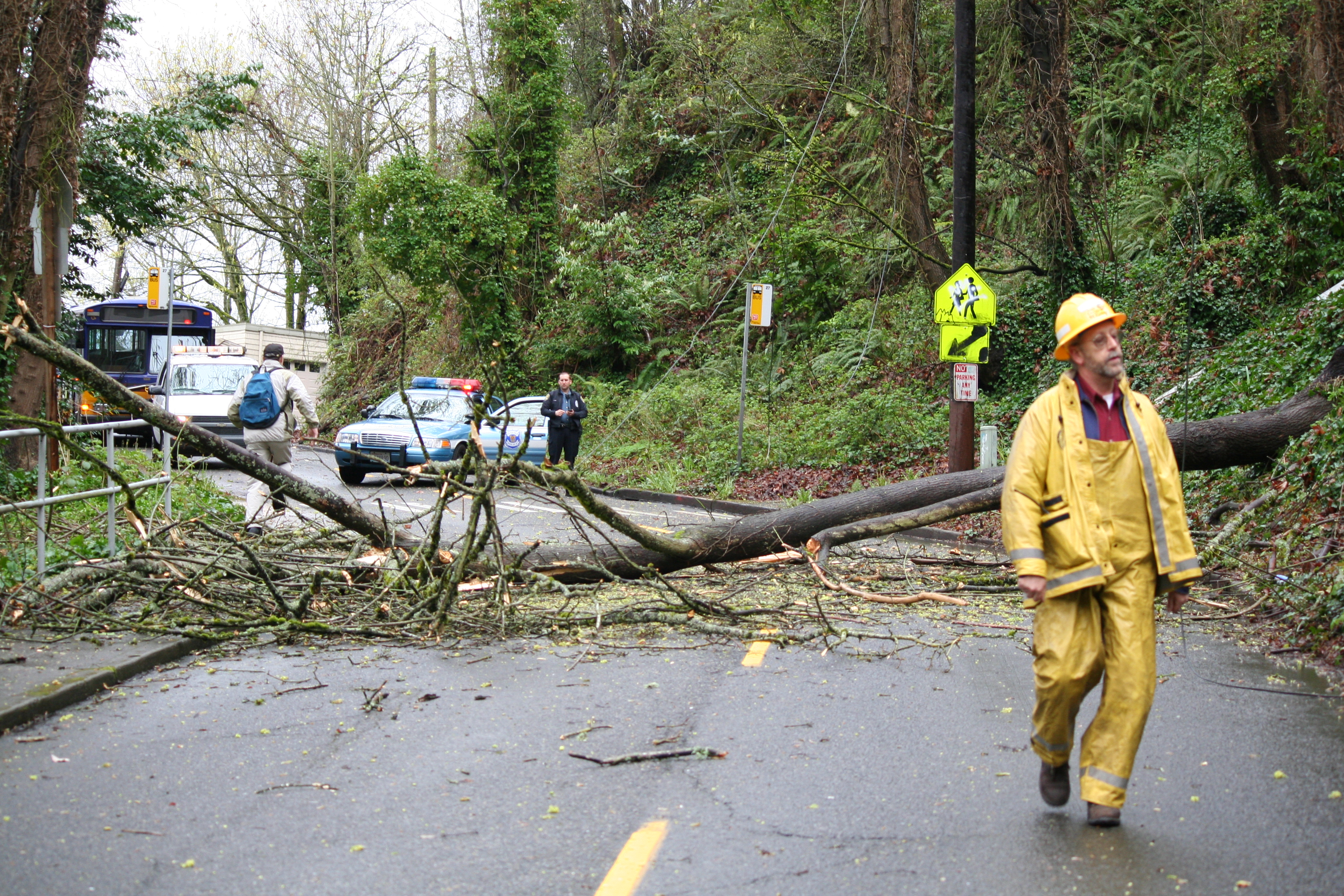