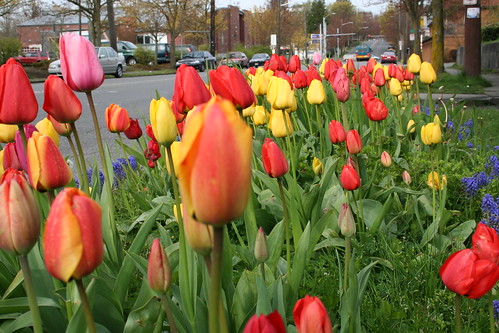 The parks levy that we approved last year included millions of dollars to fund acquisition of new park space in the city. Although a lot of it is directed towards specific projects, one chunk, a total of $15 million, is up for grabs to the communities that can make the best case for it.

Although details of the program are in work and not settled yet, the basic idea is that community groups will be able to submit detailed project applications to the city to purchase land and build new parks. Each will be measured against a standard set of criteria and their level of community support, and the best-ranked will be approved and get funded.

The overall schedule for the program is:

But in these kinds of situations the early bird often gets the worm. It’s never to soon to start working on ideas, gathering community support, and generally get things lined up to make sure you can hit the program milestones next year.

For example, we’re woefully short on dog parks in the Central District. If you know of a few untended vacant lots, they’d be prime candidates for this program. Throw together a 1-page description of what you have in mind, start recruiting your neighbors and community leaders, and be prepared to write up a detailed application early next year.

Our new forums would be a great way to share ideas, help you network, and keep CDNews in the loop on your efforts.

0 thoughts on “Want a new park? Money is there – get started early”