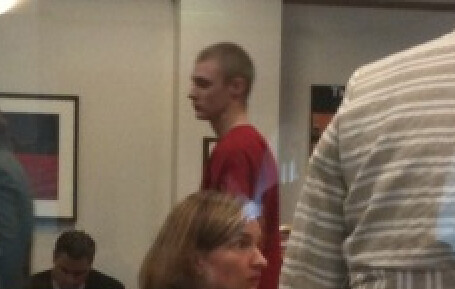 Today Tristan Appleberry made an appearance in King County Superior Court, where a judge set a date of December 16th for his trial in the July 22nd shooting of Aaron Sullivan. Although the date seems quick for such a serious charge, it is actually delayed a bit due to “discovery issues”, including the need for the defense team to look at the autopsy results and issues surrounding text messages found on a confiscated cell phone.

Appleberry is charged with second degree murder in the case, where he is alleged to have retrieved an assault rifle from his home and shot Sullivan dead as he sat in a vehicle on 32nd Avenue South in Leschi. The shooting was allegedly precipitated by an argument over a girl that occurred between one of Appleberry’s friends and a friend of the victim.

We’ll continue to keep an eye on the court proceedings and will let you know if there’s further delays or other changes.

A march will be held tomorrow (Thursday 9/10) at 6:30pm on Capitol Hill to protest gun violence and remember the life of Aaron Sullivan.

0 thoughts on “Date set for murder trial of Tristan Appleberry”