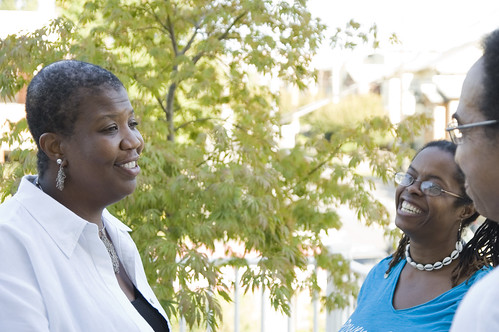 Thursday kicked off a new era for the Central District Forum for Arts & Ideas, as the community welcomed the new executive director Kumani Gantt at the Forum’s annual open house. Gantt succeeds former director and founder of the CD Forum Stephanie Ellis-Smith, and hopes to continue the Forum’s 10-year reputation of evoking new thoughts and ideas about the diverse African American culture.

Speaking with Gantt, she expressed her vision as one that won’t change the Forum, but will continue building on what has already been created. However, she says she still has some big ideas, including plans to reach out and include local teens in the happenings of the Forum. Her work in her hometown of Philadelphia was focused on the youth, and the Forum’s board members were in agreement about the need for more teen involvement. As for new additions to the 2009-2010 season, Gantt kept the essence of the Forums strategic plan to herself, jokingly saying it was “not ready for the press.”

The event itself, catered by local West African restaurant afrikando afrikando, was full of local artists and community members mingling and enjoying the deep fried plantains, drinks, and eventual cake on the Yesler Place rooftop.

The Forum’s next event is its 10th Anniversary kick-off party in October at Sole Repair on Capitol Hill. 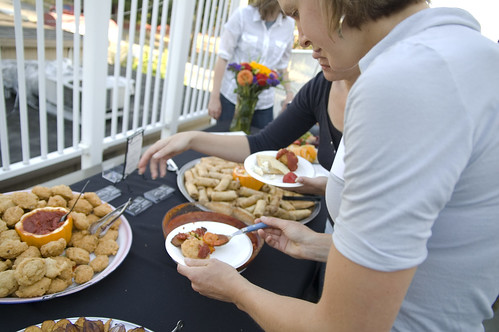