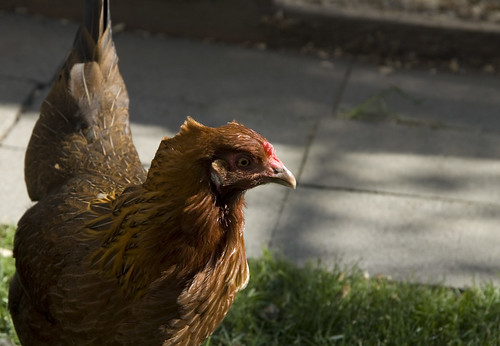 Despite the overwhelming city feel of most of the Seattle area, rural tendencies are becoming popular in many Central District neighborhoods as more and more urbanites take control of their own food supply. For the first of a series on urban agriculture, CDNews visited the Samuels residence on Columbia to see what they have cooped up in their back yard.

Tracey Samuels and his wife Tiffany have been reaping the benefits of a small collection of hens they’ve acquired in the past year. It began when a stray chicken wandered into the yard while Tracey was mowing, who then brought it to his daughters that took the hen in as a pet. But by request from Tiffany, and with the help of an experienced neighbor, Tracey built his own coop and run, purchased two more hens, and started harvesting eggs. The Samuels said that they get about one egg per hen per day, and give away a good portion of them to neighbors due to their daughters’ distaste for eggs. On top of that, the chicken manure composts into great fertilizer for other neighbors’ agricultural endeavors.

The Samuels said it only cost about $200 to set up the coop stock a month’s supply of food. They had just acquired two chicks to replace one of their original hens, costing them only $15 per chick. City code permits up to three domestic fowl in addition to up to three other small animals on single-family lots. “They are a really low maintenance animal, and they have become part of the family now,” said Tracey. “There’s no neighborhood disturbance either…they’re great”.

Editor’s note: Give a big welcome to Lucas Anderson, our summer news intern at Neighborlogs who will be working on some great stories here on CDNews for the next couple of months. Stay tuned for more in his series of urban farming in the CD. 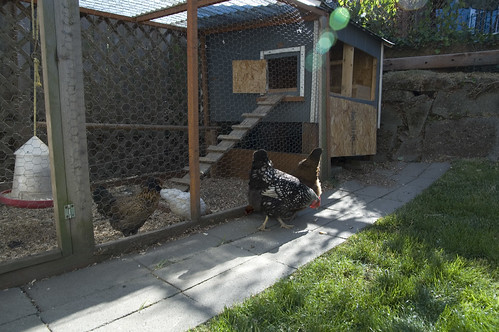