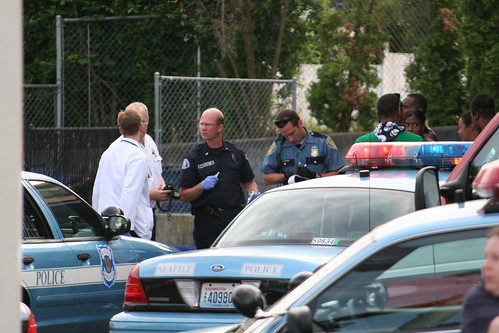 A 25 year old man and a woman in her teens were shot this evening at about 6:45pm as they sat outside the Garfield Community Center at 23rd & E. Cherry. The victims and witnesses reportedly told police that a vehicle opened fire at them as it drove past. The good news, according to East Precinct Captain Paul McDonagh, is that neither of the victims’ injuries are considered life-threatening.

The victims ran across the street after the shooting to seek shelter at the AM/PM convenience store, and were treated by medics there before being taken to the hospital.

The victims told police that they did not recognize their assailants. SPD officers are at the hospital with the victims to attempt to get additional information, and are following up on possible leads about the vehicle involved in the shooting. SPD gang units are assisting with the investigation.

Today’s shooting broke a streak of relative peace in the neighborhood. Our last recorded incident of gun violence was back on April 11th, when a woman survived a shooting at 27th S. & S. Irving.

Just an hour after the shooting today, police were called back to the intersection at 23rd & Cherry to help a man with mental health issues who had cut his wrists. He was restrained, treated by medics, and taken to Harborview for further medical and psychiatric attention.

It appears that at least two people have been shot in the parking lot of the AM/PM on the steps of the Garfield Community Center at 23rd & Cherry.

One was just taken away by an ambulance, while medics treat another one near the store’s entrance. More as we get it. 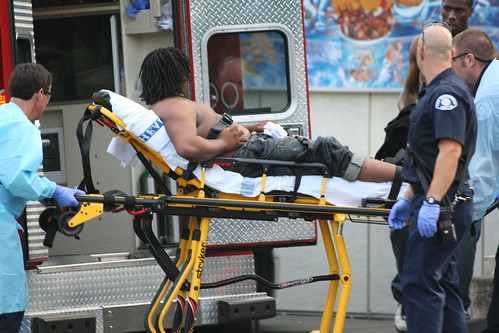 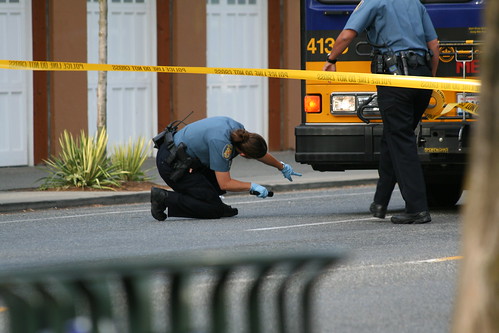 0 thoughts on “Two Shot Outside the Garfield Community Center”