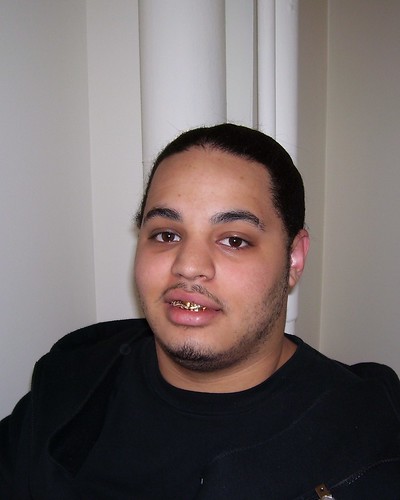 On Monday we gave you the exclusive news of a big gang operation that used phone taps and controlled buys to bring federal charges against two large-scale drug distributors who were associated with the East Union Street Hustlers. We also mentioned at the time that there were additional suspects awaiting charges from the county prosecutor’s office. We received the documents for those additional charges earlier this morning, and found that an additional eight purported gang members are facing felony charges for drug sales in the Central District.

The additional suspects are tied to three different gangs: the Deuce Eights, the East Union Street Hustlers, and the Valley Hood Pirus. Police detectives used a series of controlled buys going back to April to build a case on the suspects, and then rounded them all up late last week in an attempt to disrupt potential gang violence at the Torchlight Parade.

Here’s the details on each:

Kevin F. Coleman Jr., aka “Gusto”, 24 years old, was arrested at SeaTac late on Sunday 7/26 as he arrived back on a US Airways flight from a jaunt to Las Vegas. His charges stem from a drug deal on 7/9 when a police witness bought a quarter ounce of crack for $220 from Coleman at 16th & Jefferson. Coleman conducted the drug sale in a blue Pontiac Grand-Am that is registered to a female. The witness also later got a price for a half ounce of crack ($460) via a phone call with Coleman on 7/14, but that deal was never consummated. Coleman has previous convictions for unlawful possession of a firearm, drug possession, and reckless driving. He made a $15,000 bail and was released from jail on Monday 7/27. Coleman’s last known address was in the 2600 block of E. Thomas, and he is alleged to be a member of the East Union Street Hustlers.

Ryan J. Grant, aka “Fly”, was traveling with Coleman on the trip back from Las Vegas and was arrested with him at SeaTac airport. He’s charged with drug distribution connected to two separate buys with a police witness. One was on 4/16 outside the Walgreens at 24th & Jackson, and the other from 4/22 at MLK & E. Cherry. In each case he conducted the drug sales from his tan 4-door Nissan Maxima.

Joseph A. Counts, 19 years old, is held on a $35,000 bond in the King County Jail. Detectives targeted him for controlled buys with a police witness on 6/15 and 6/19, where he allegedly sold $50 and $60 worth of crack to the witness near Flo Ware park at 26th & Jackson. He was arrested on 7/22 and was found then to be concealing 3 grams of crack “in his buttocks.” Counts has previous convictions for DV assault and theft of a motor vehicle, and prosecutors say he is a “risk to community safety given he is a self-proclaimed Deuce Eight gang member.” Counts’ last known address is in the 500 block of 26th Ave S.

Edmond J. Cummings, aka “Scarface”, 19 years old, is alleged to be a Deuce Eight gang member and is facing drug charges based on three different controlled buys. On 4/29, a police witness bought $40 of crack from Cummings at Flo Ware Park, where the witness reported that Cummings had “a large roll of US currency in one hand and the clear plastic baggie of crack cocaine in the other hand.” The witness again bought $50 of crack from Cummings at 26th & Jackson on 5/20 and 7/1. Cummings was arrested on 7/21, held on a $30,000 bail, and released yesterday (7/29).

Kevin R. Brown is another alleged member of the Deuce Eight gang, and faces drug dealing charges from two controlled buys on 5/28 and 6/1 of this year, where a police witness was able to purchase $50 and $40 of crack from Brown. He is held in King County Jail on a $30,000 bail.

Joseph Gilmore, aka “Joe Dirt”, 21 years old, is held in jail on drug charges with a $30,000 bail. A police witness bought crack cocaine from him on 6/24 at 21st & Union and on 6/25 in the parking lot behind Catfish Corner. He was arrested in the post office parking lot at 24th & Spring and allegedly admitted to having $50 worth of crack hidden in his butt at that time.  He is varyingly described as a member of the East Union Street Hustlers and the Valley Hood Pirus.

Marqwez Stone, aka “Marquez Perkins”, 19 years old, allegedly sold a witness $32 of crack cocaine on 5/14 at Flo Ware park. He was arrested on 7/22 on First Hill but was released by the court at his first appearance. He is alleged to be a member of the Deuce Eights.

Finally, a juvenile with the street name “24 hours” is also facing felony drug charges for selling crack to a police witness at Flo Ware Park and 23rd & Jackson on two separate occasions in May.