The city is getting a lot better about releasing crime stats on a reliable schedule, and today we noticed that the May numbers are available. Overall there’s a seasonal rise in most categories of crime, usually attributable to nice weather and longer days, with total crimes up 7% year-over-year, and up 23% compared to April of this year.

Police recommend being extra vigilant about property crimes during the summer months, and to take simple steps to protect yourself:

Here’s the detailed graphs for the various police sectors in the neighborhood: 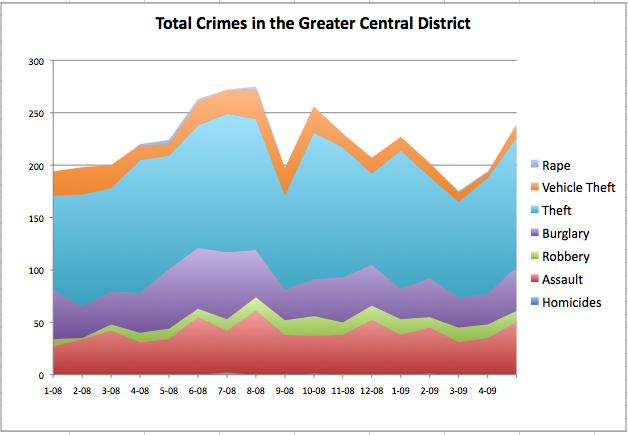 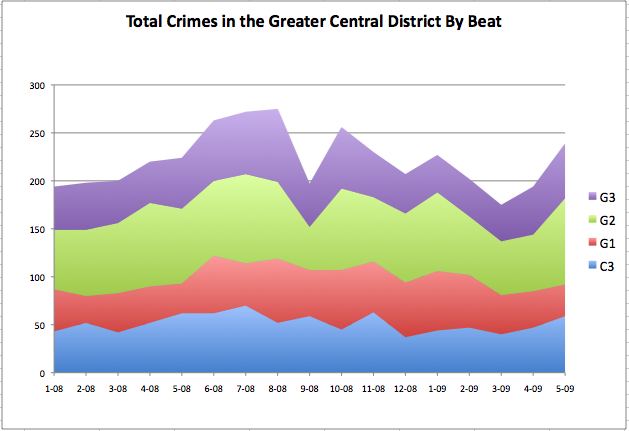 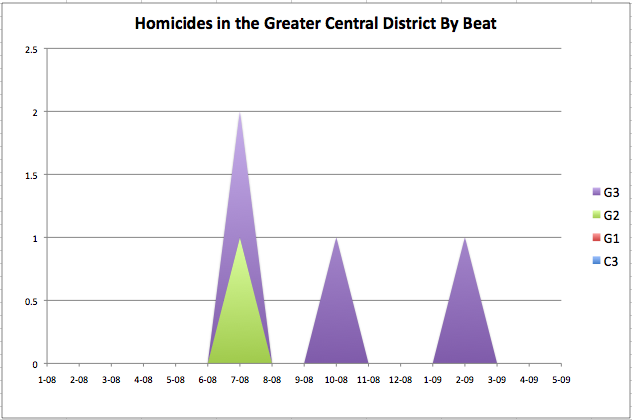 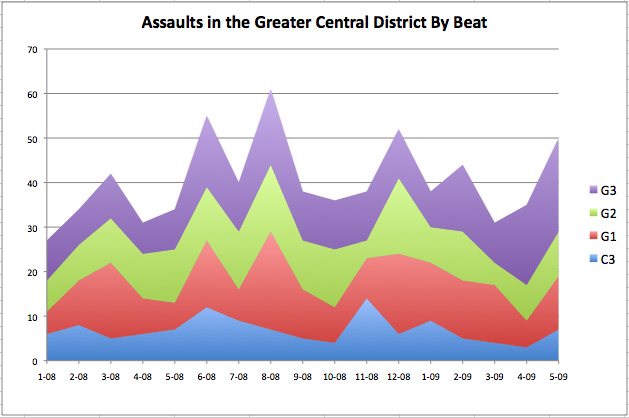 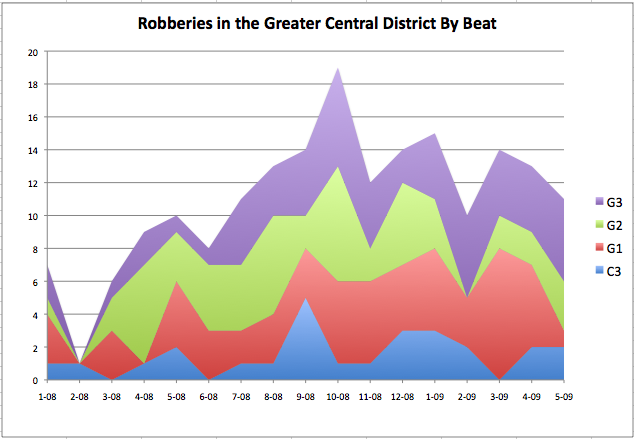 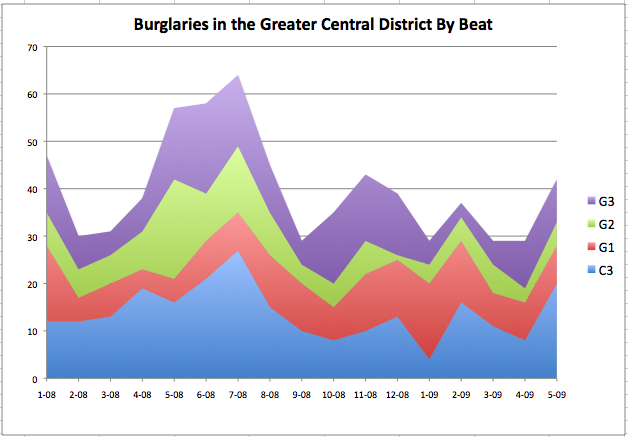 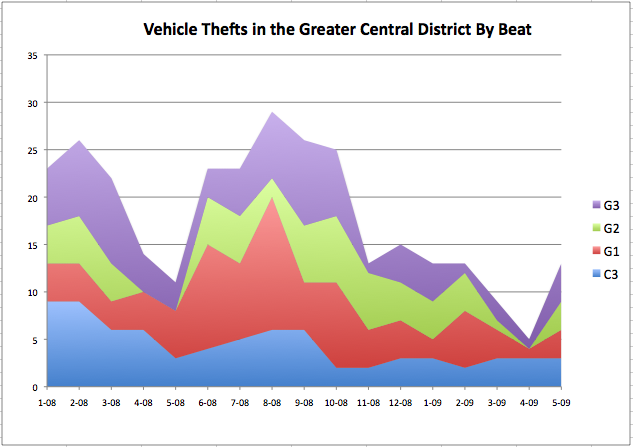 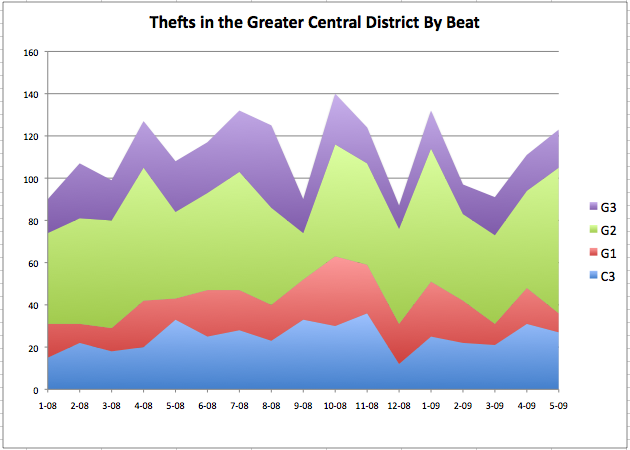 0 thoughts on “May Crime Stats: Assaults Way Up, Burglaries Down”