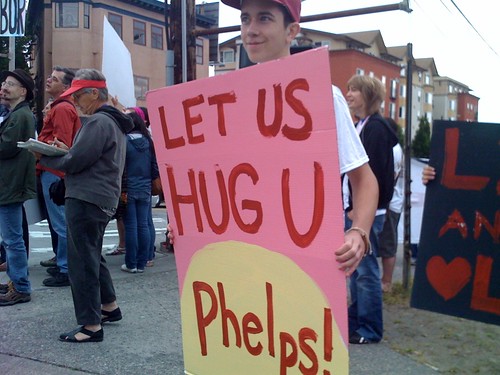 The forces of hate and anti-hate have staked out opposite corners at 19th & Madison across from Mt Zion Baptist Church. It’s part the Kansas-based Westboro Baptist Church’s current tour through the Seattle area. Led by Fred Phelps, they’re the extreme-right group that is known around the country for their protests against gays, Jews, and in recent years for disrupting funeral services for soldiers.

As for why supposed Christians are protesting at a Christian church? One of the Phelps members was chanting “God hates black people. Therefore God hates Mt Zion and all of its members.”

The members of the Phelps clan are badly out-numbered, with only seven of them vs about one hundred counter-protesters on the other three corners of the intersection. The counter-protesters appear to be mostly from local gay organizations and their supporters. Members of Mt. Zion are not visible, apparently choosing to ignore the situation and continue with their normal Sunday morning church services.

The next stop for the Phelps crew is at St. James Cathedral on First Hill. They’ll also be back in the Central District tomorrow morning for another bizarre protest at Garfield High School.

Here’s some more photos from the scene: 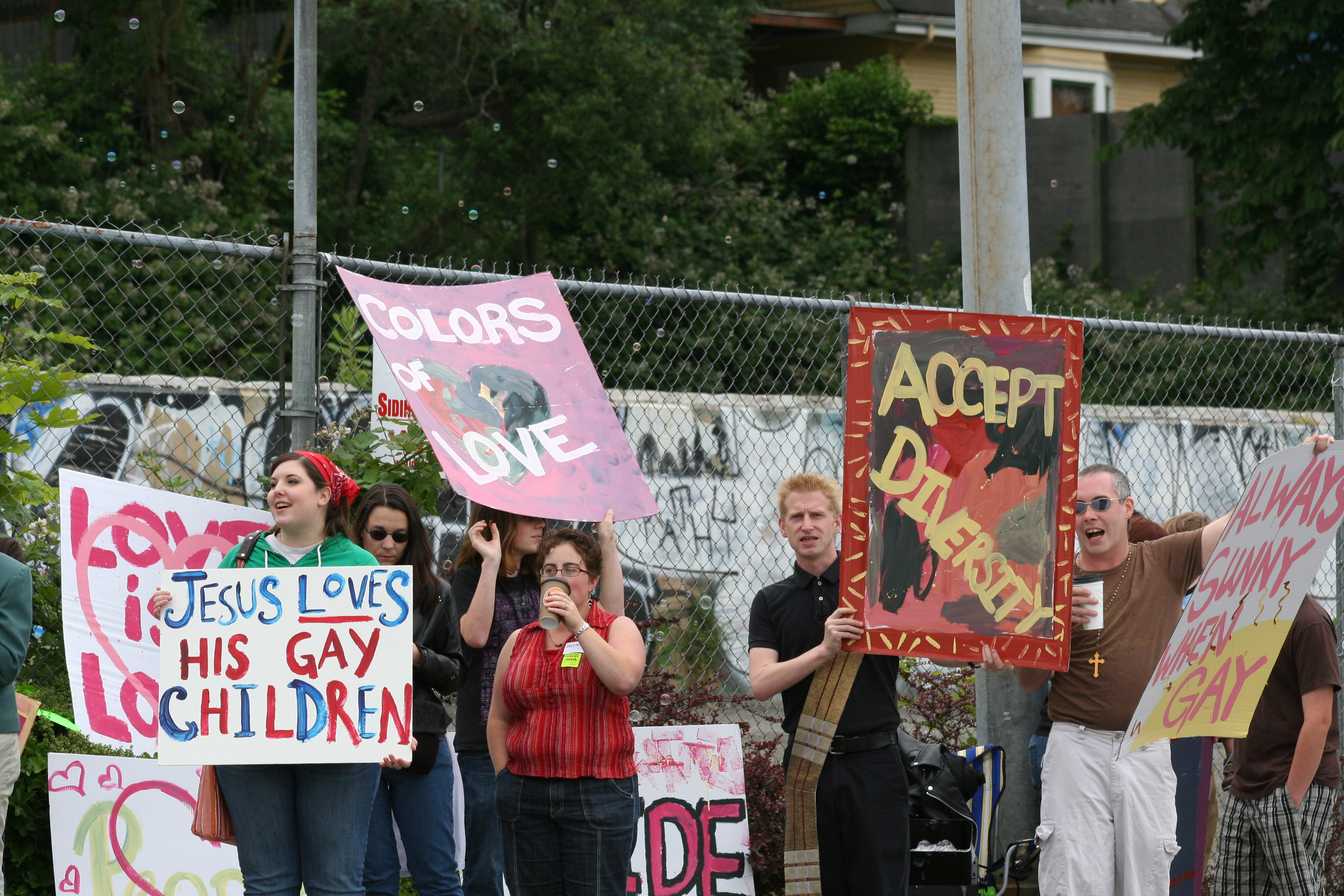 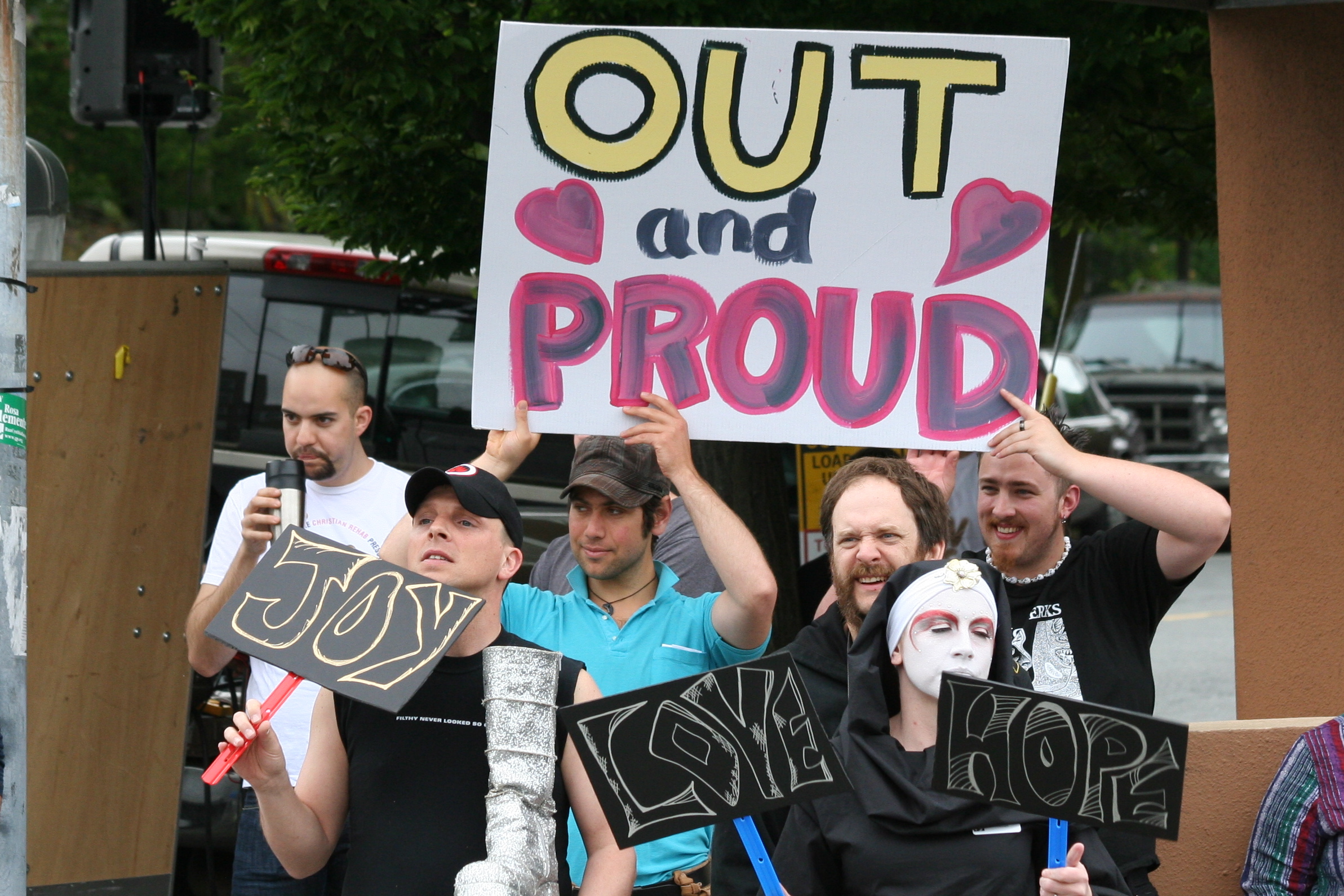 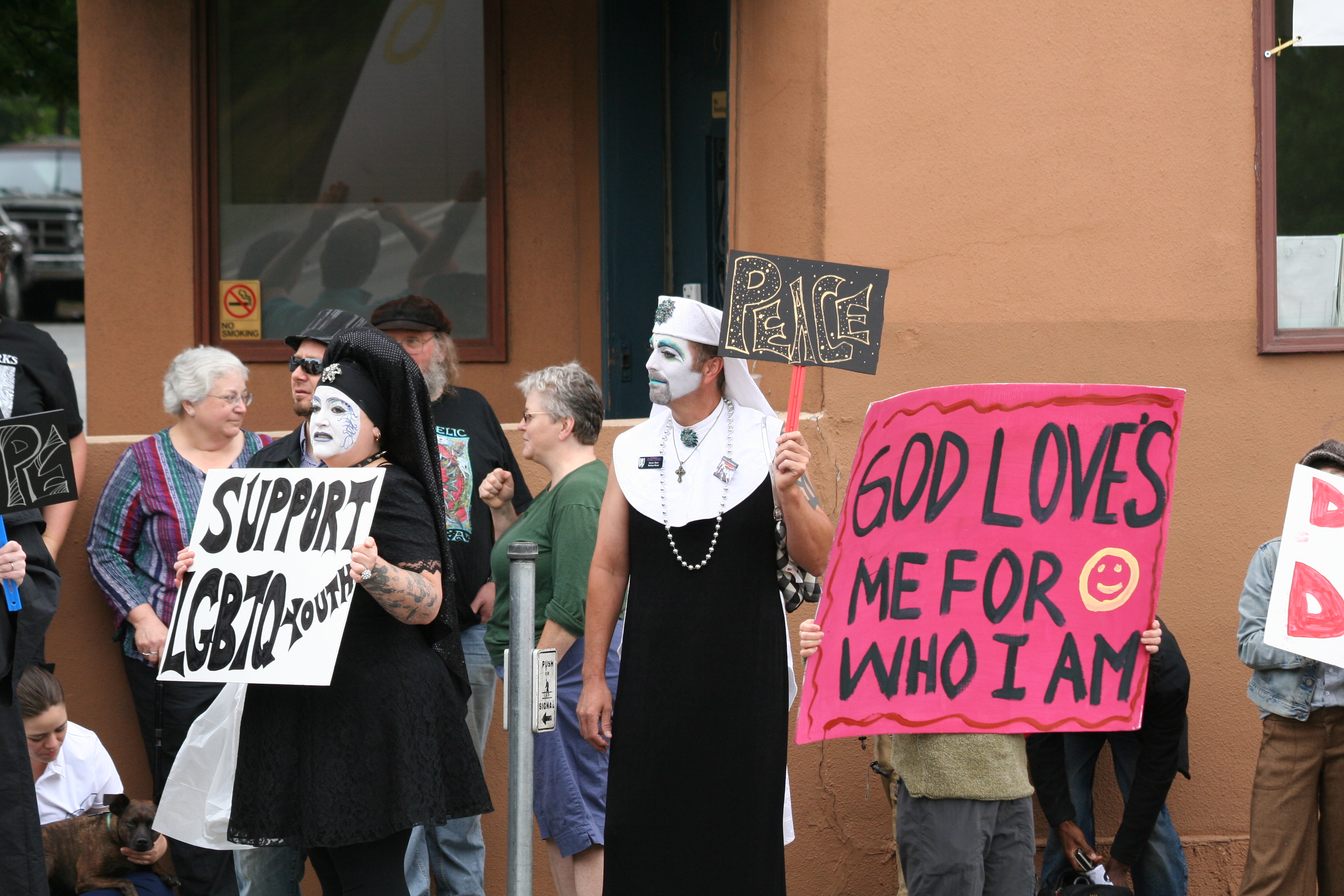 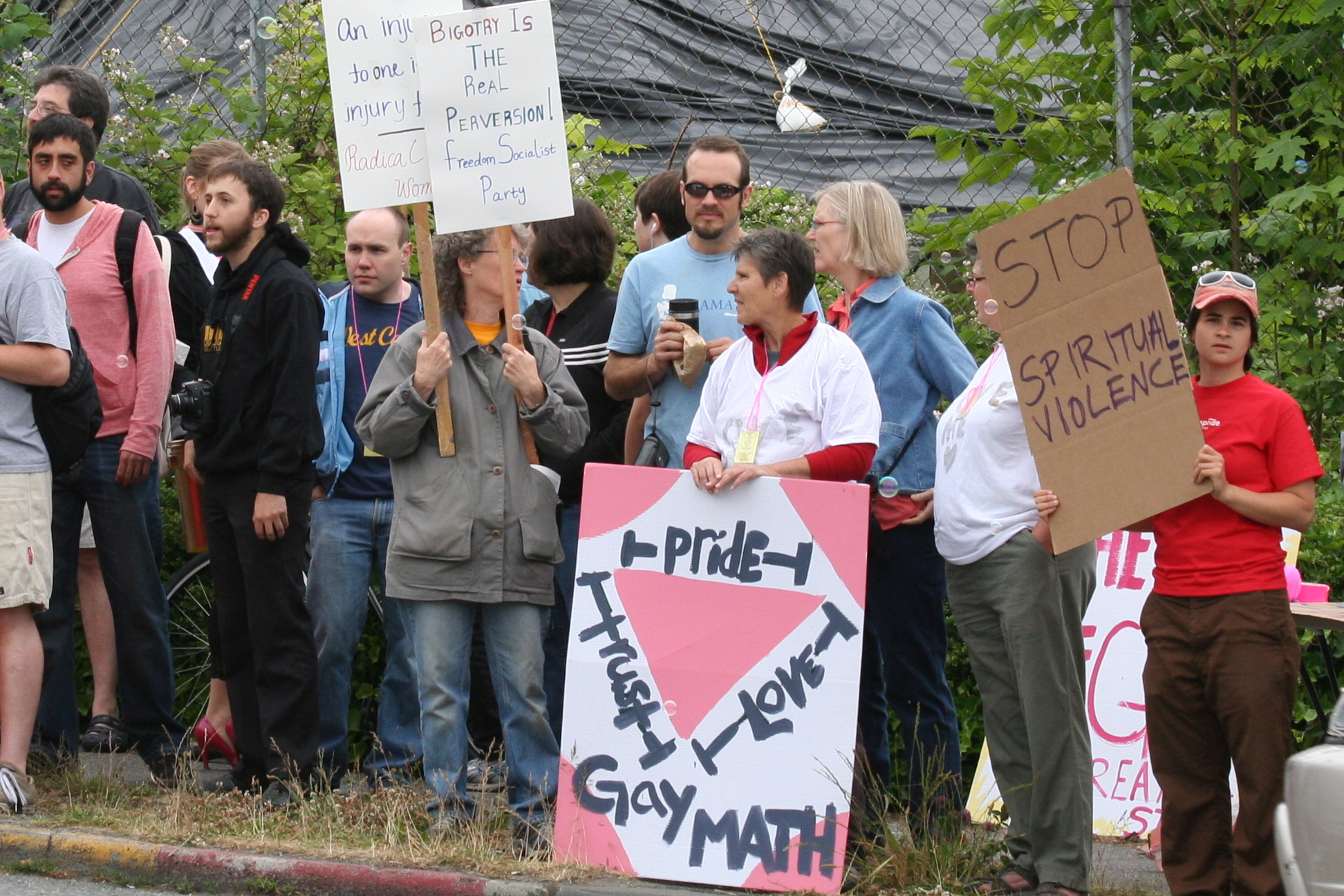 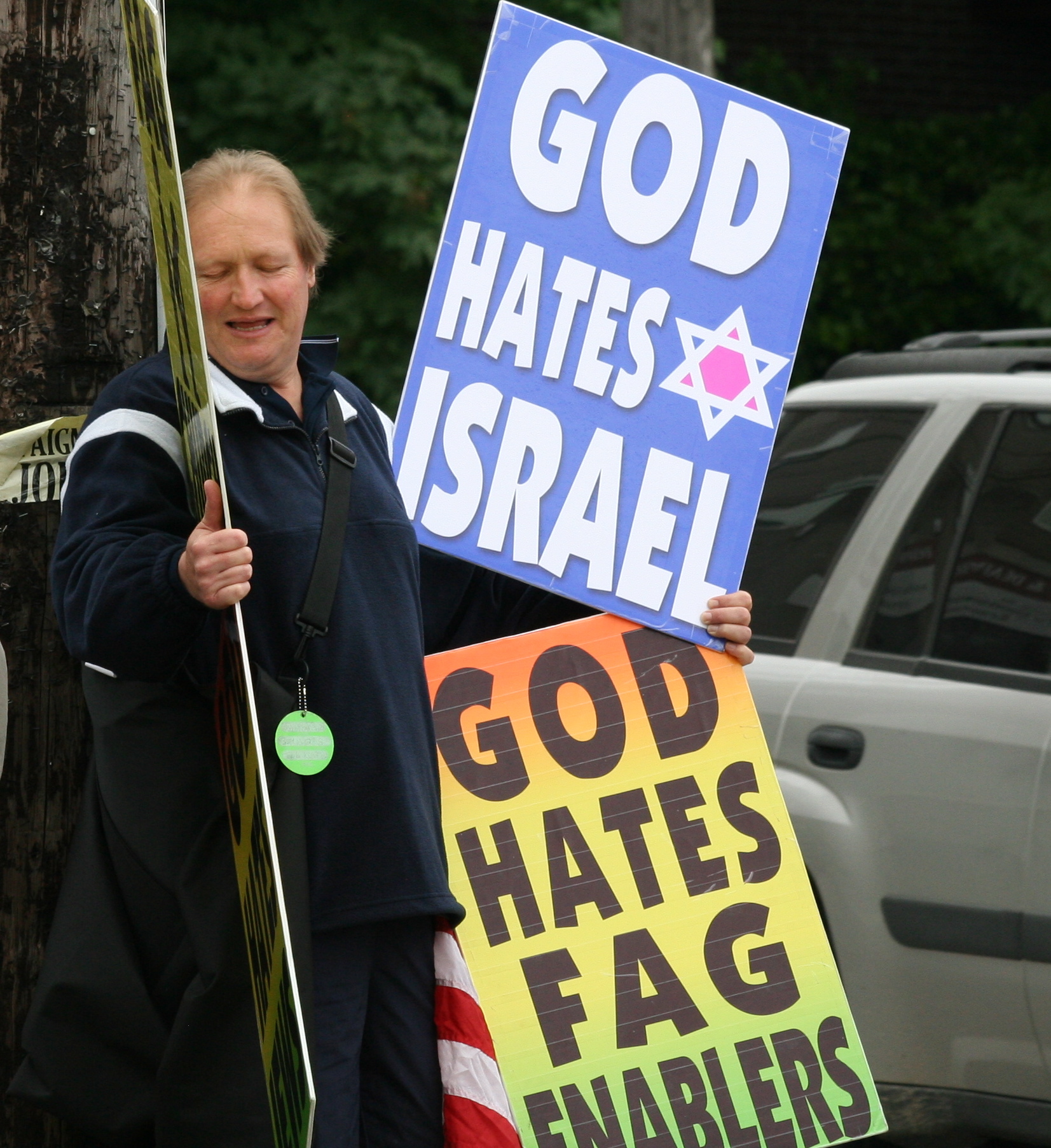 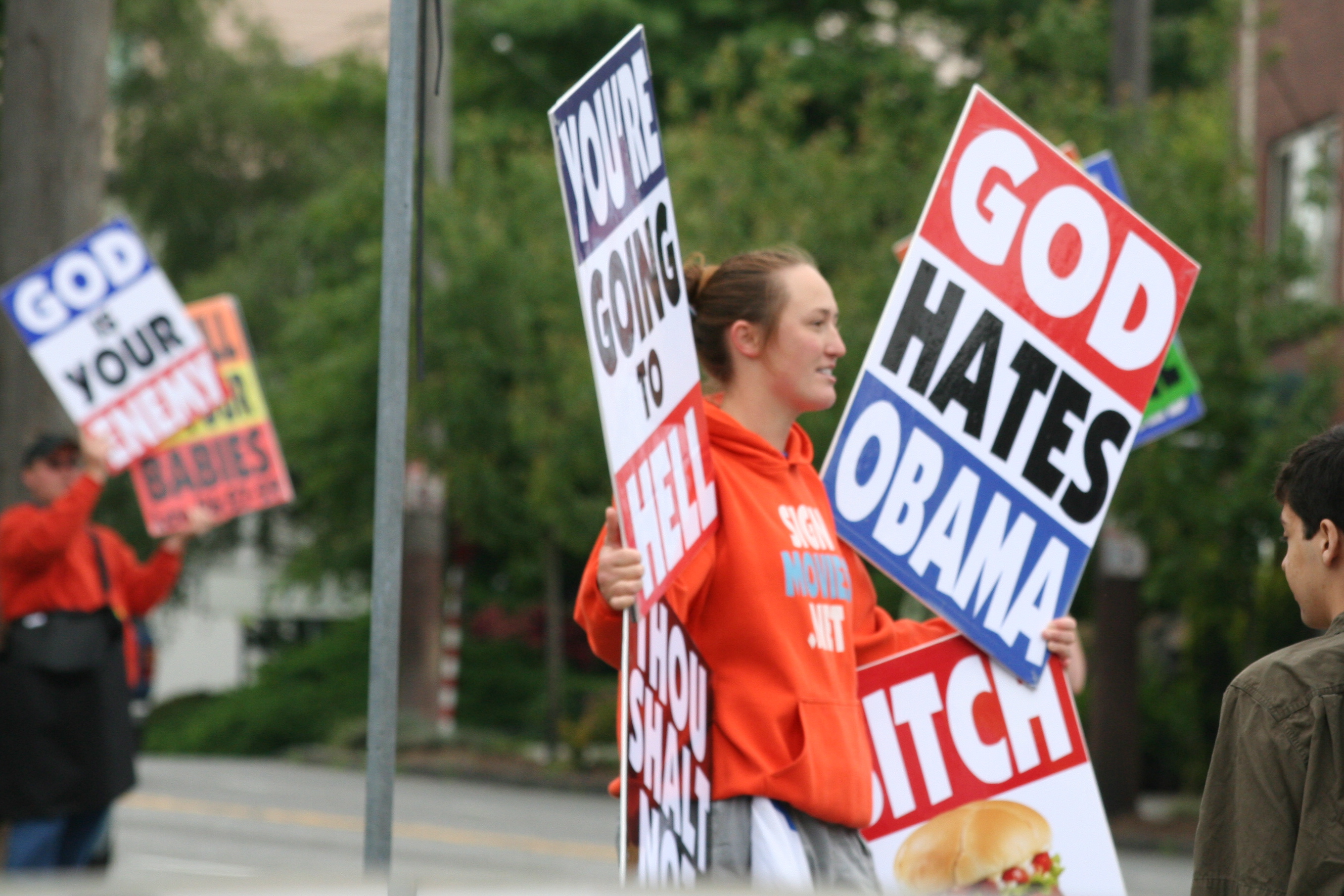 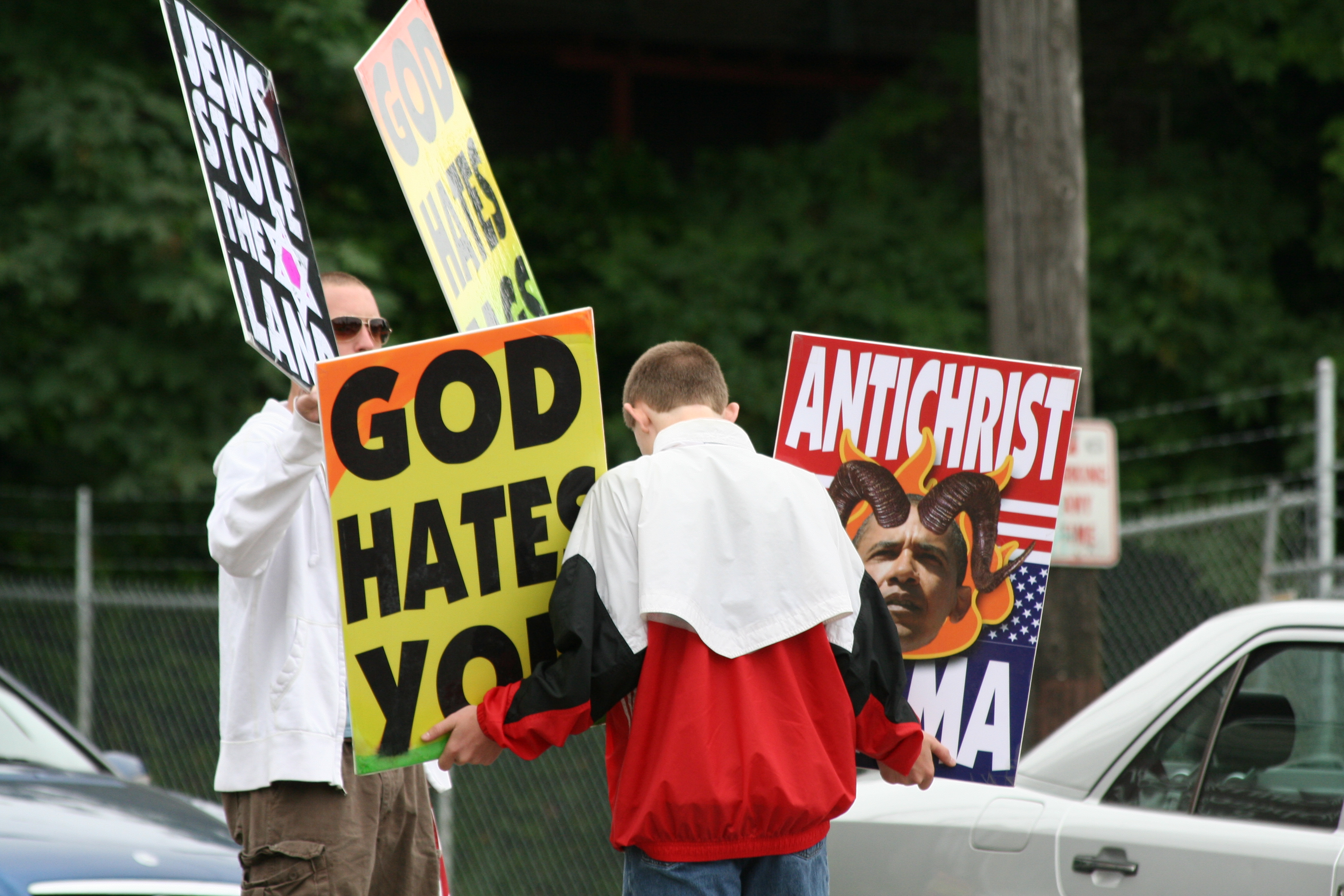