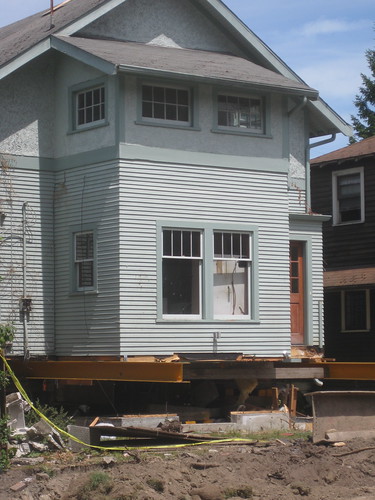 It looks like the three classic houses that are in the way of the Epiphany School’s expansion in Madrona may yet be saved. Crews from Nichols Brothers House Moving are working now to prepare the houses for their trip to new properties. They’ve been jacked up off of their foundations and large steel beams have been slid underneath.

A construction schedule available on the school’s website shows that one house will be moved on July 13th, and the other two will be moved July 20th.

A fourth home of more recent construction was not able to be moved and was torn town last week.

It’s not clear yet what has changed in the project to make the moves economically feasible. We were unable to reach school officials or the prospective buyers of the homes for comment.

Email tipster R.S. tells us that there is still some minor controversy about neighbor’s trees that will have to be trimmed before the move. But as our tipster points out, hopefully people will realize that keeping good homes out of the landfill is much more green than a few tree limbs.

Update: I just spoke to Alan Serebrin, one of the prospective house buyers, who said that the project is at risk again as of late yesterday. The house moving project was made economically feasible by a new plan to move the houses on Howell, which has less utilities that would have to be moved than the larger arterial on Denny Way.

But Howell is a narrow street, and the twenty-eight foot wide houses would require temporary removal of five small trees in the planting strip. But suddenly some homeowners have objected to to the project based on its impact to those trees, each of which is less than 2″ in diameter. Mr. Serebrin stressed that the trees would only be temporarily taken out for three days and then put back in, and there are other discussions under way to guarantee the tree’s survival afterwards or even replace them with much larger trees.

Those neighbors will reportedly be meeting tonight to decide their course of action. If they continue to put up a fight, the school may give up and order the demolition of the homes as soon as next week. We’ll let you know how it turns out. 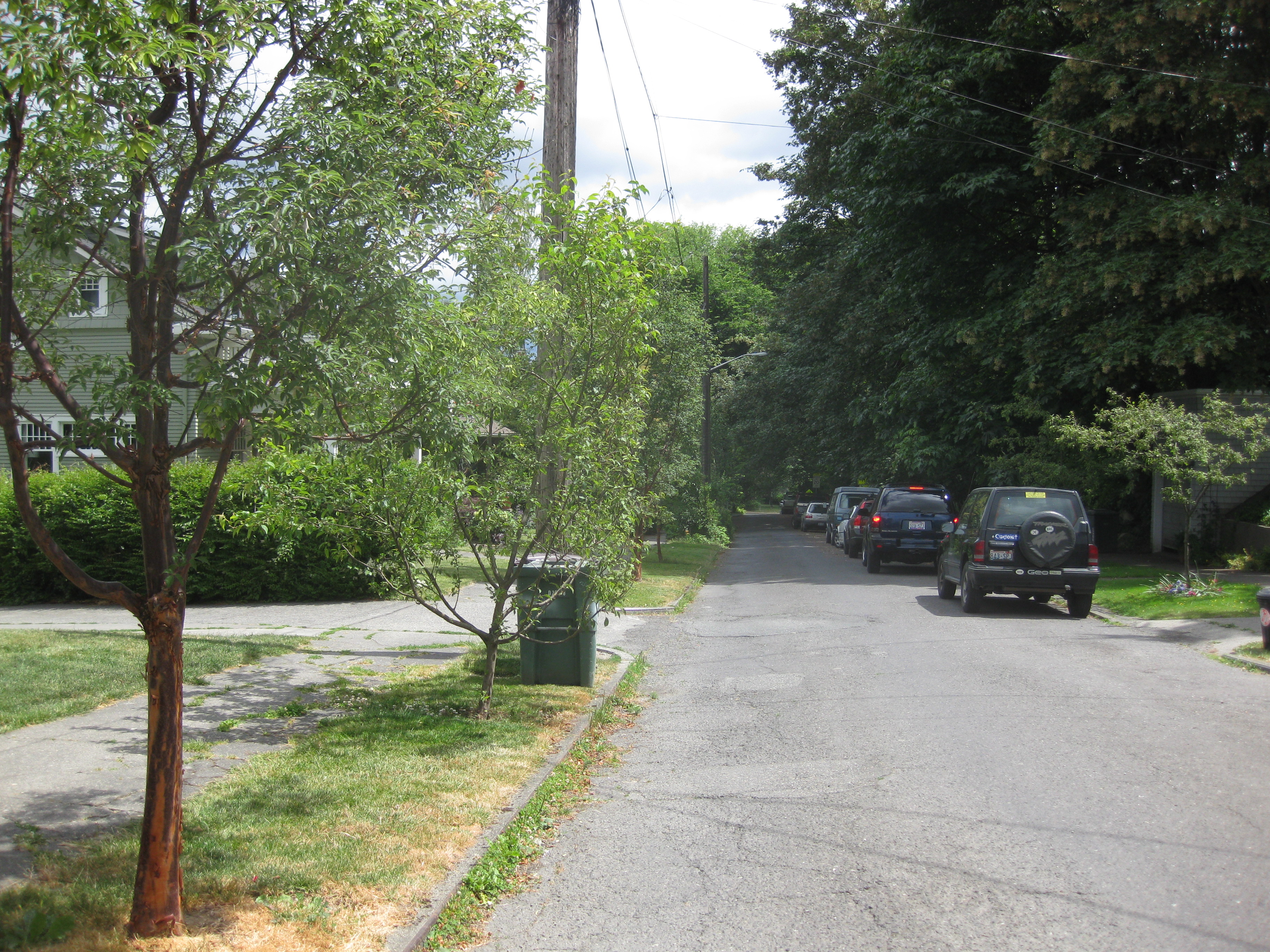 E. Howell Street, showing the small trees that are a new source of controversy