CHS has a great report that summaries the recently released citywide crime stats over the last 11 months. The headline: there’s been a significant jump in crime in the East Precinct so far this year:

The 14% month over month jump in April 2009 from March is a big change from 2008’s trend and it apparently has the precinct concerned. Here is the analysis the SPD included in their East Precinct report (attached to this post): As the chart above indicates, the trend line in East has been variable with total Major Crimes declining in each of the first three months, compared with the previous month, before rising in April. This is a departure from 2008 when the trend was relatively flat.

We dug into the detailed stats the after noon to come up with a view of crime trends specifically in the Central District. Overall? Things are headed down around us in all areas but theft, indicating that the increase across the precinct must be localized to Capitol Hill & First Hill.  (note that we call this the “Greater Central District” because police stats span neighborhood boundaries. These include stats from the CD, Leschi, Madrona, Madison Park, and Montlake)

First up is all crimes across the neighborhood from January of 2008 through the end of April 2009: 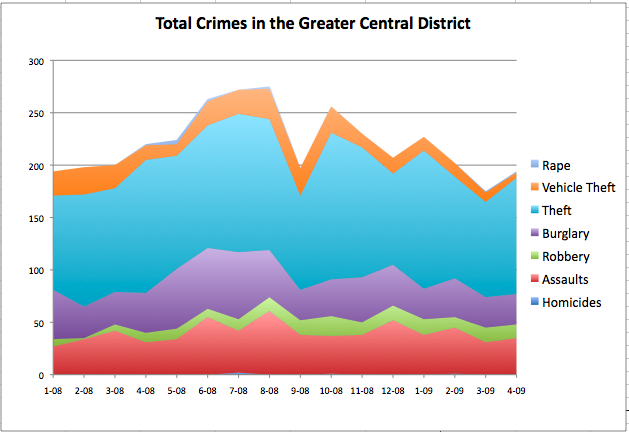 Next up, we’ve got specific breakouts of each individual category of crime in specific areas of the neighborhood. The line in each graph below represents a different police beat. This SPD map has the details of where those beats are. Generally, they are: 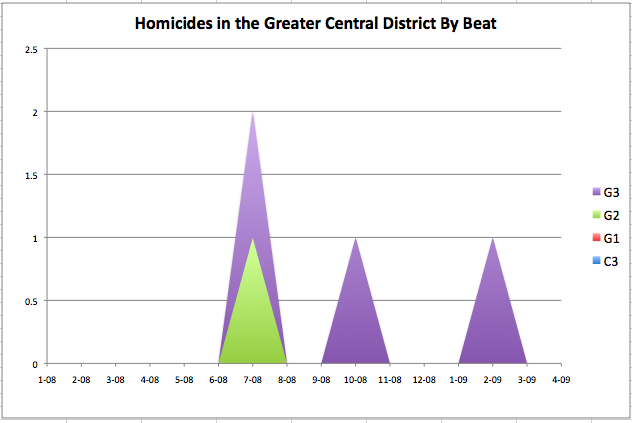 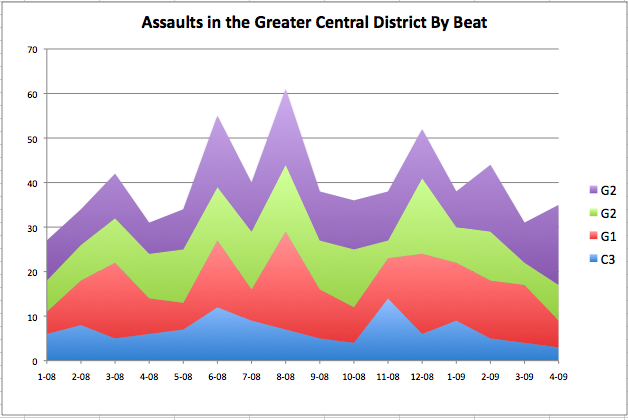 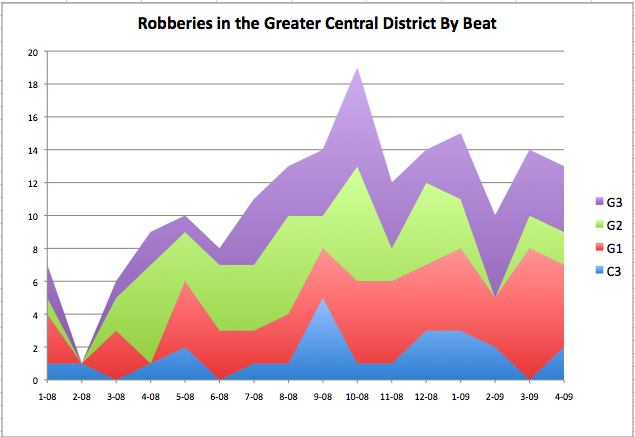 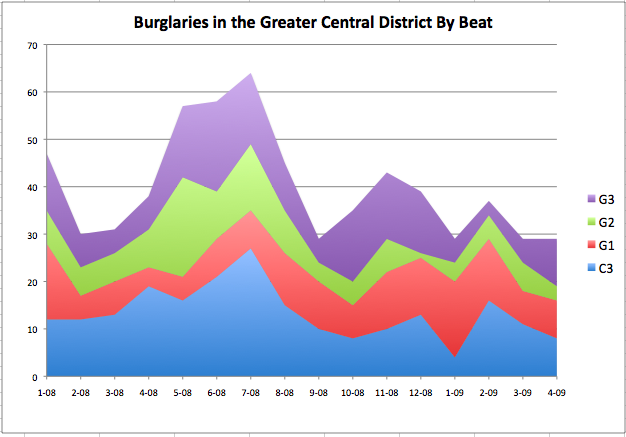 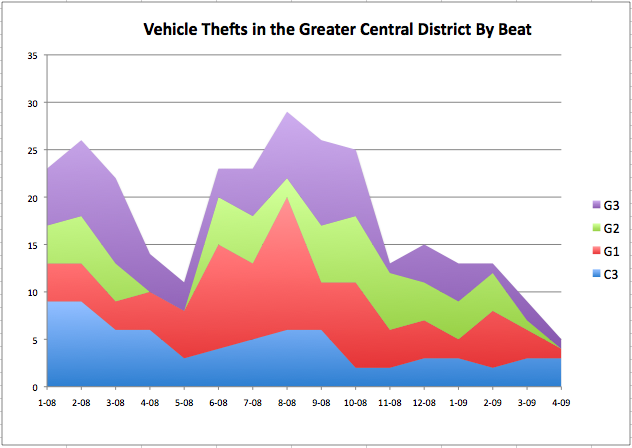 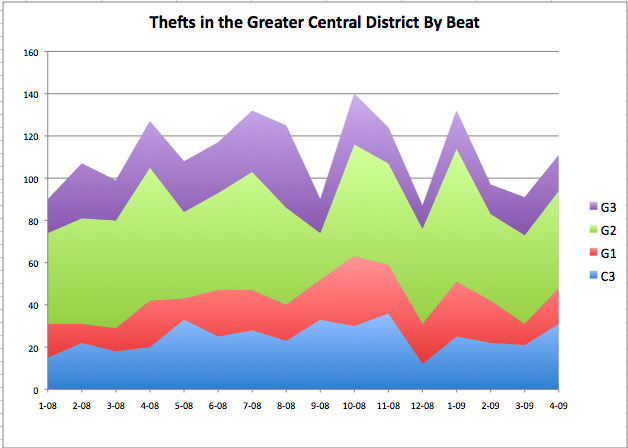 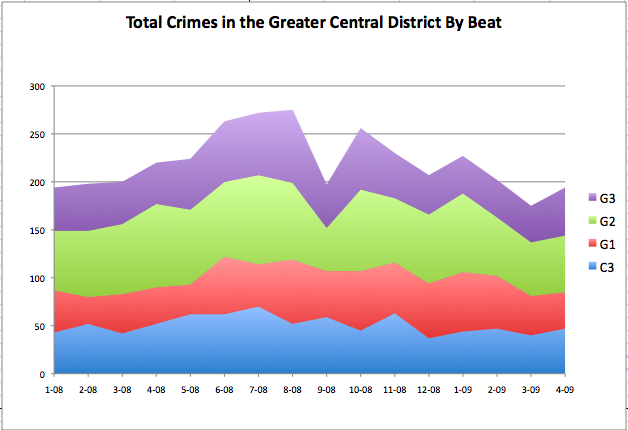 Burglaries show the most interesting trend, peaking in July of last year and then plummeting through the end of last year. The overview document attached above says that burglaries in our area are headed down again this year due to a big arrest:

The reduction in burglaries in East Precinct is likely the result of investigations by East Precinct detectives into burglary cases in occupied premises in 2008 and early 2009. The suspect identified in several cases in 2008 had been featured on Western Washington’s Most Wanted and subsequent tips led to his arrest in March. In another case, serialized items from the burglary were located at a pawnshop, leading to the suspect’s identification and arrest. He was also wanted on burglary charges in Kitsap County.

CHS also notes that SPD will be releasing these stats more frequently now, so hopefully we can look forward to monthly updates soon.