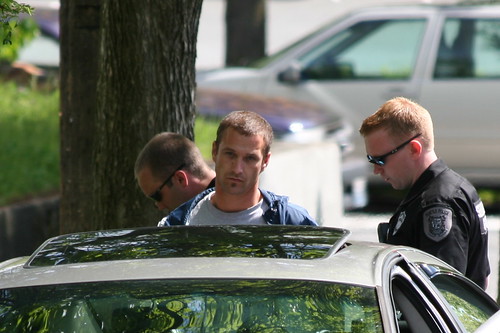 The three suspects in last week’s odd Home Invasion Burglary were charged yesterday with Attempted Robbery in the First Degree.

All of the suspects have prior criminal history:

Court documents say that Rochester admitted to detectives that he felt that the victim owed him money from a previous kitchen remodeling job, and sent the women to the home to try to collect. Smith also allegedly confessed to the crime after her arrest in Union Gap.

A fourth male suspect was in the vehicle when Rochester was arrested, and according to documents was responsible for driving that vehicle from Yakima to Seattle before the crime. He told detectives that the entire event was an idea of Rochester’s that was hatched in Yakima.

The details in the charging papers are just like we described last week after talking to the victim:

On 5-20-2009, at about 1403hrs, victim [redacted], reported he had just been assaulted with a firearm during a “robbery” at his residence, 5xx 26 Avenue, City of Seattle, County of King, and State of Washington. Officers responded and contacted the victim. The victim reported that he was inside his residence cleaning the floor of his kitchen. Two unknown white females entered the residence and said that they were there for the money they owed “him”. The victim told the suspects to leave the house and tried to usher them outside. The females would not leave, and produced handguns. The victim armed himself with a kitchen knife to defend himself. One of the suspects then began to strike the victim in the head with her gun. This caused a large laceration to the victim’s head and he began to bleed profusely. During the time the victim was being hit with the gun, the weapon discharged causing bullet damage to the residence. The female suspects fled the residence.