There was a pretty bad wreck this afternoon at MLK & Yesler.  It was blocking westbound travel on Yesler, and northbound travel on MLK.  Injuries appeared to be light.  Although medics were on the scene, all parties were up and walking around, though clearly shaken. The truck that was involved narrowly missed taking out the pole and control box for the traffic lights.

Here’s a few photos from the scene: 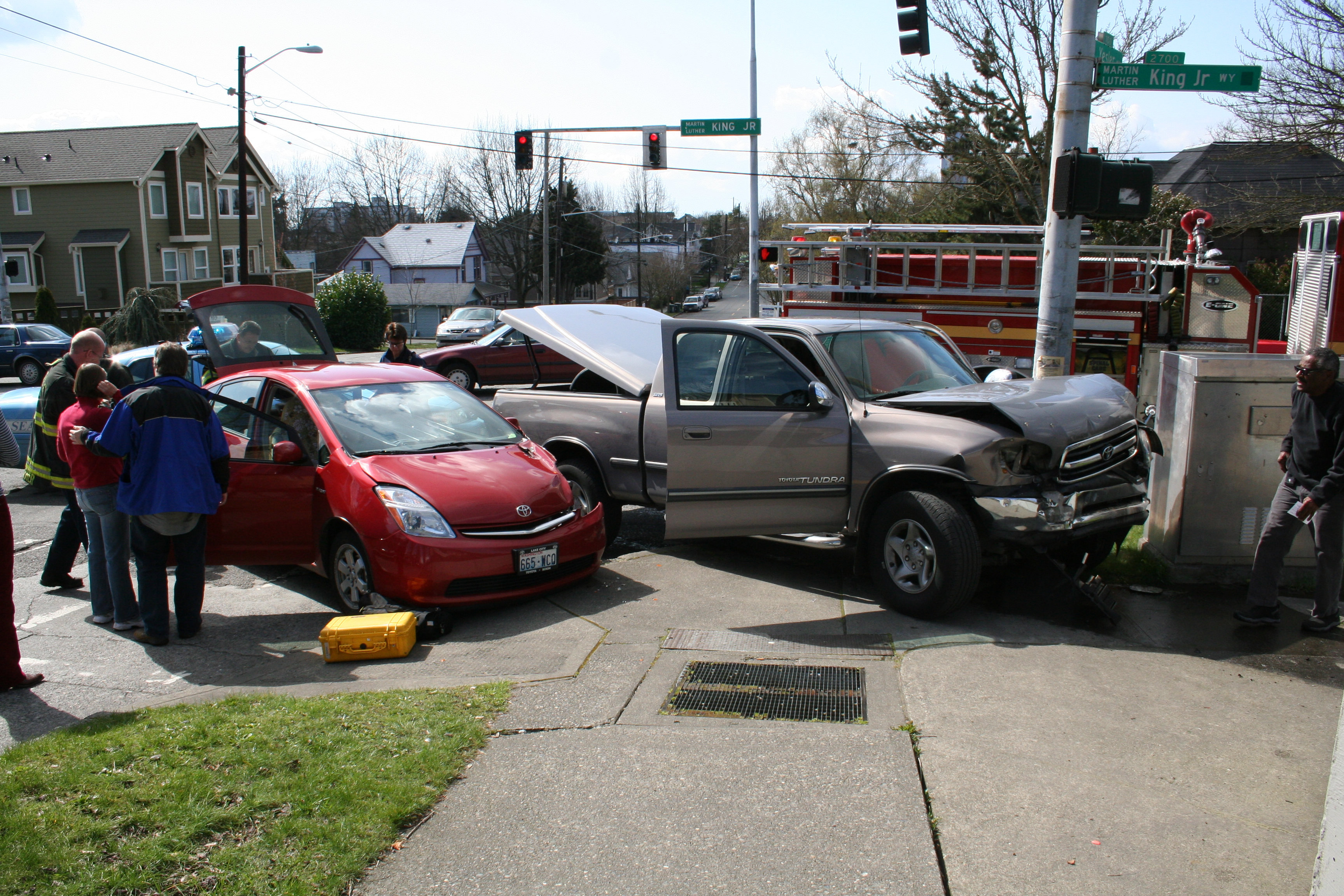 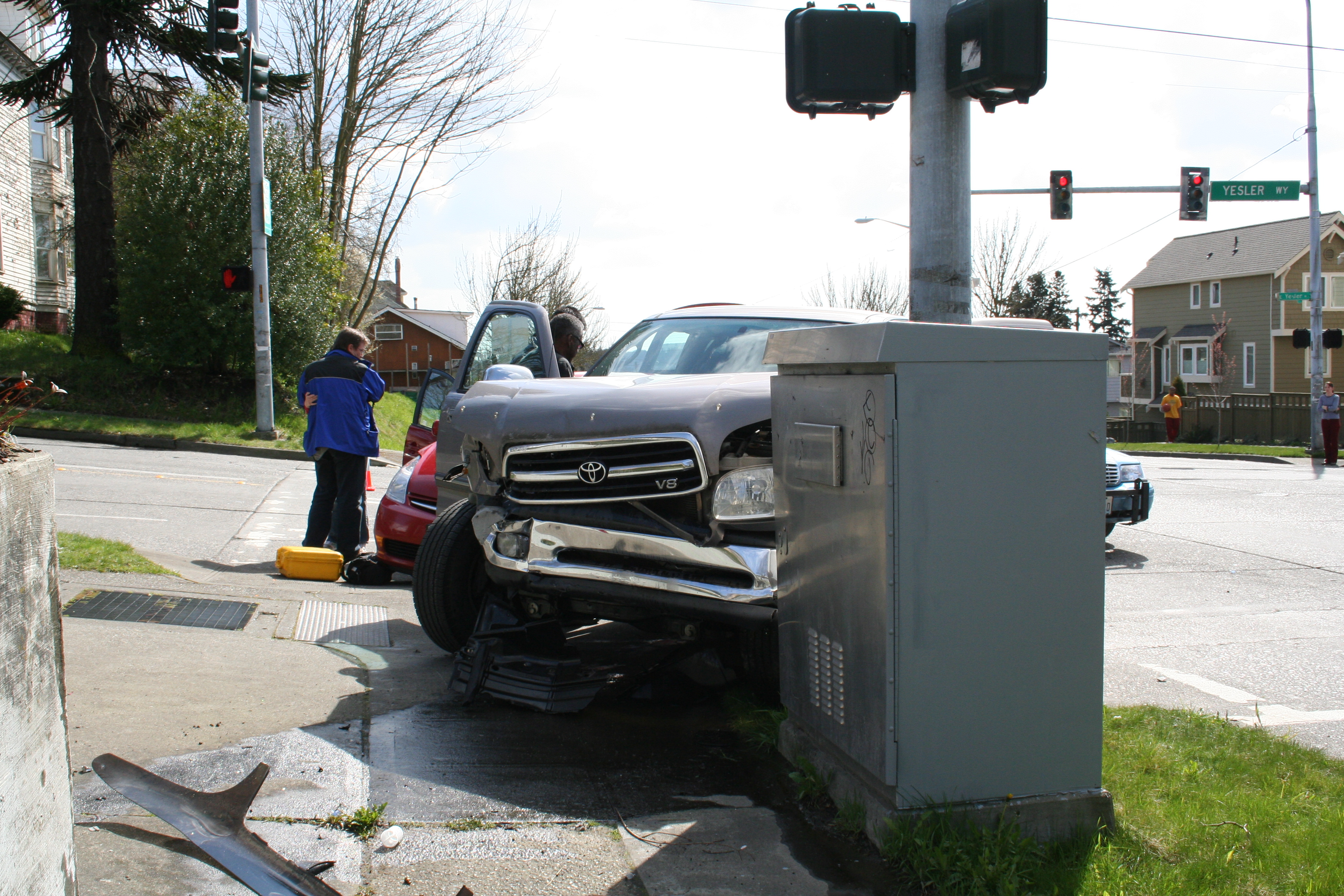 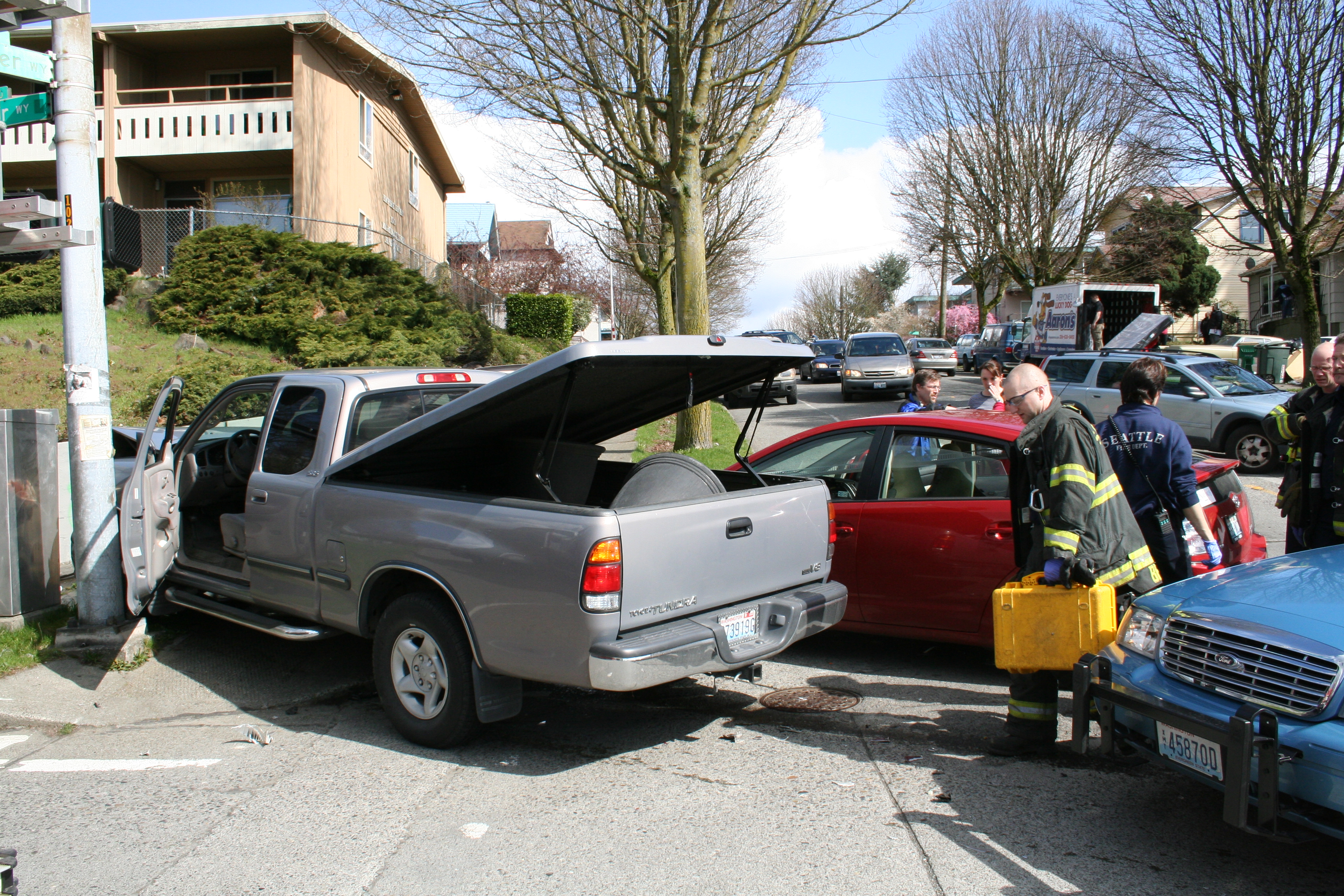