It’s the latest front in the decade-long war to slow traffic on north/south residential streets in the neighborhood. Chef Brenda Lee previously succeeded in getting a traffic circle and chicanes installed at 20th & Marion. This time the focus is on the entire stretch of 18th between the Union & Cherry.

The city has spray painted white lines in the street in the middle of each of the four blocks along that stretch, showing the locations where “chokers” will extend the eastern curb out into the street to give vehicles obstacles that will force them to slow down.

It’s funded as a project of the Neighborhood Street Fund and construction is expected to start this summer. Right now the city is seeking community feedback about the preliminary placement of the chokers.  Contact SDOT’s Jane Rebelowski at [email protected] or 206-684-0817 if you have questions or comments. 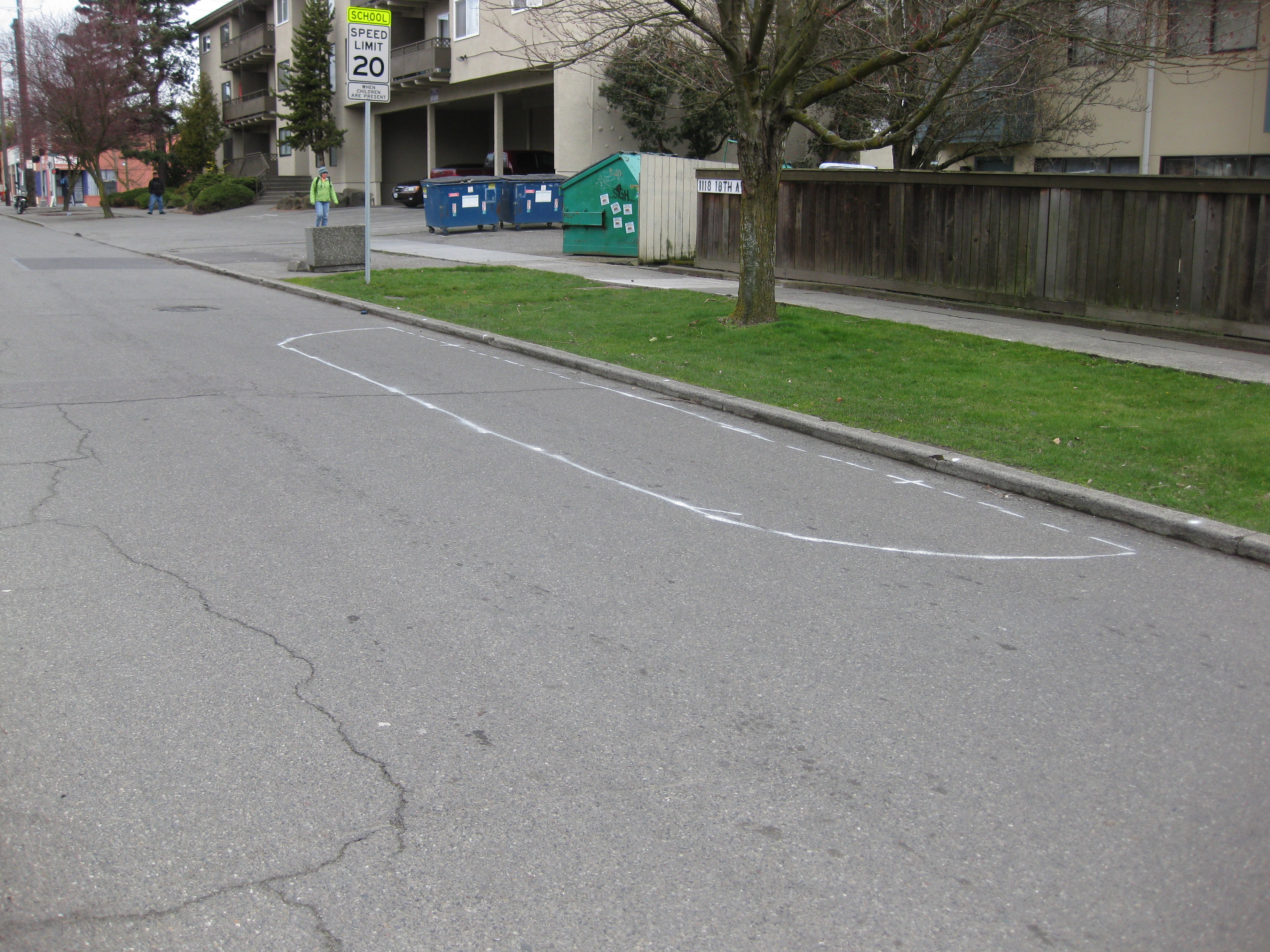 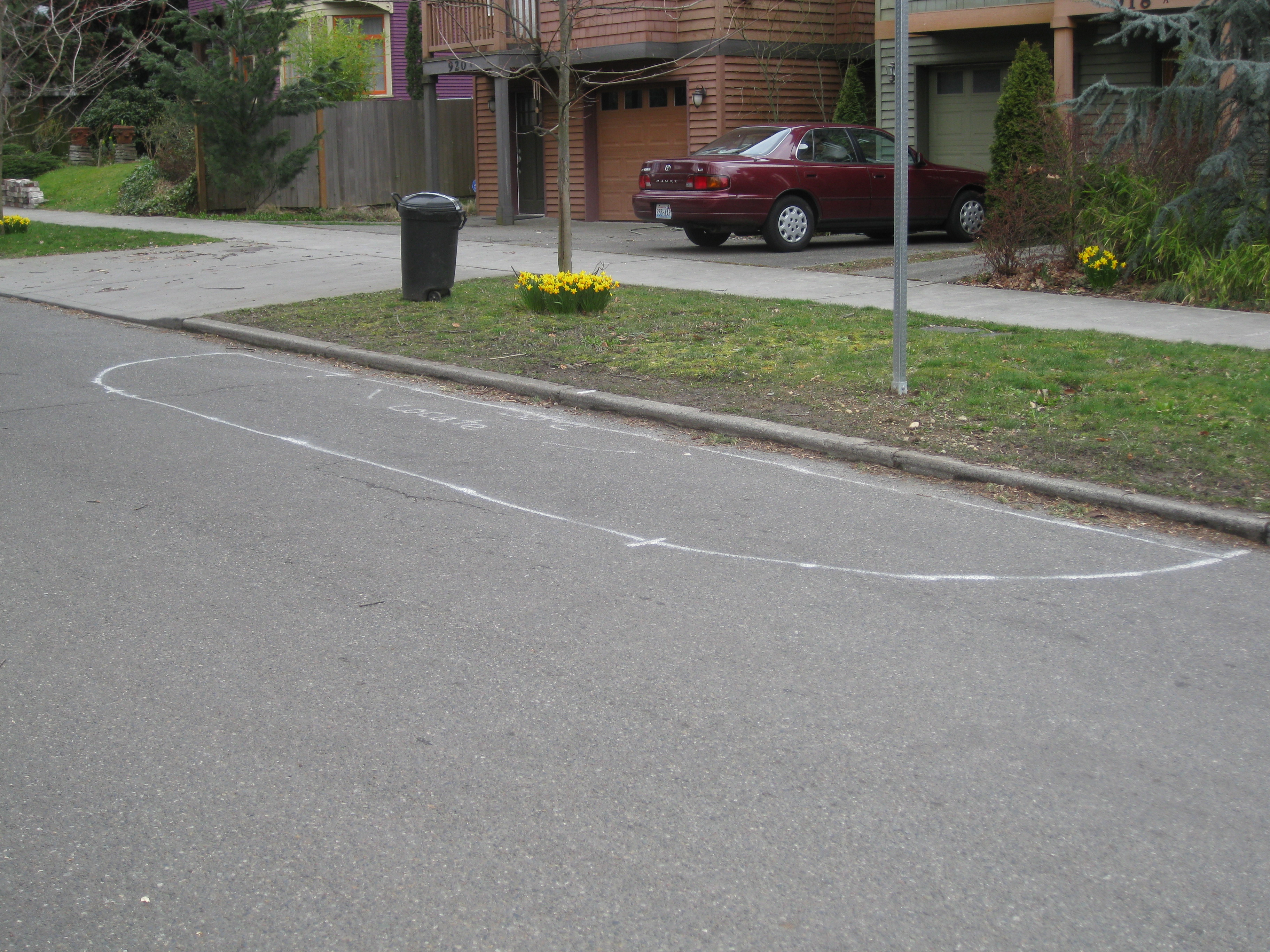 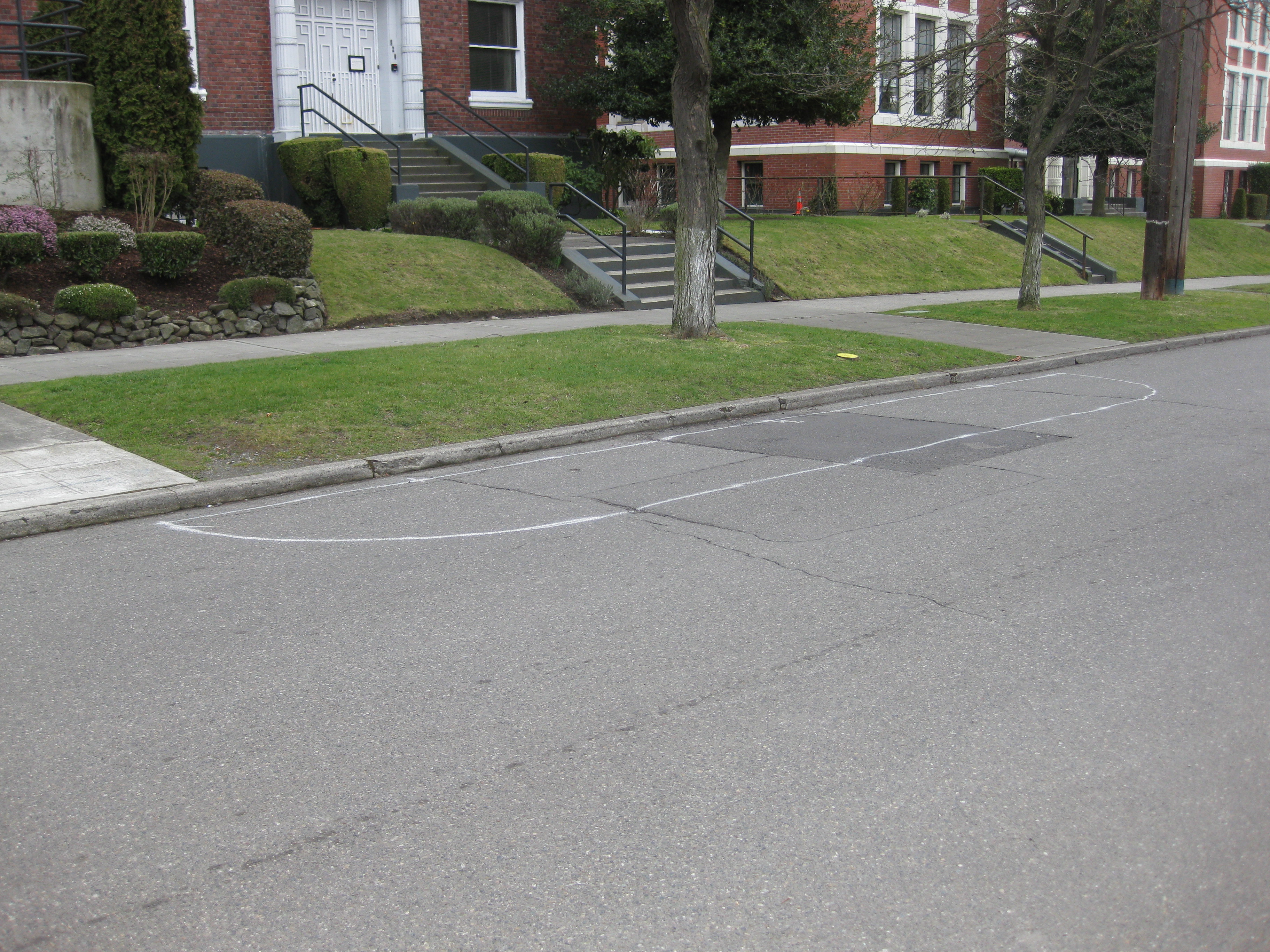 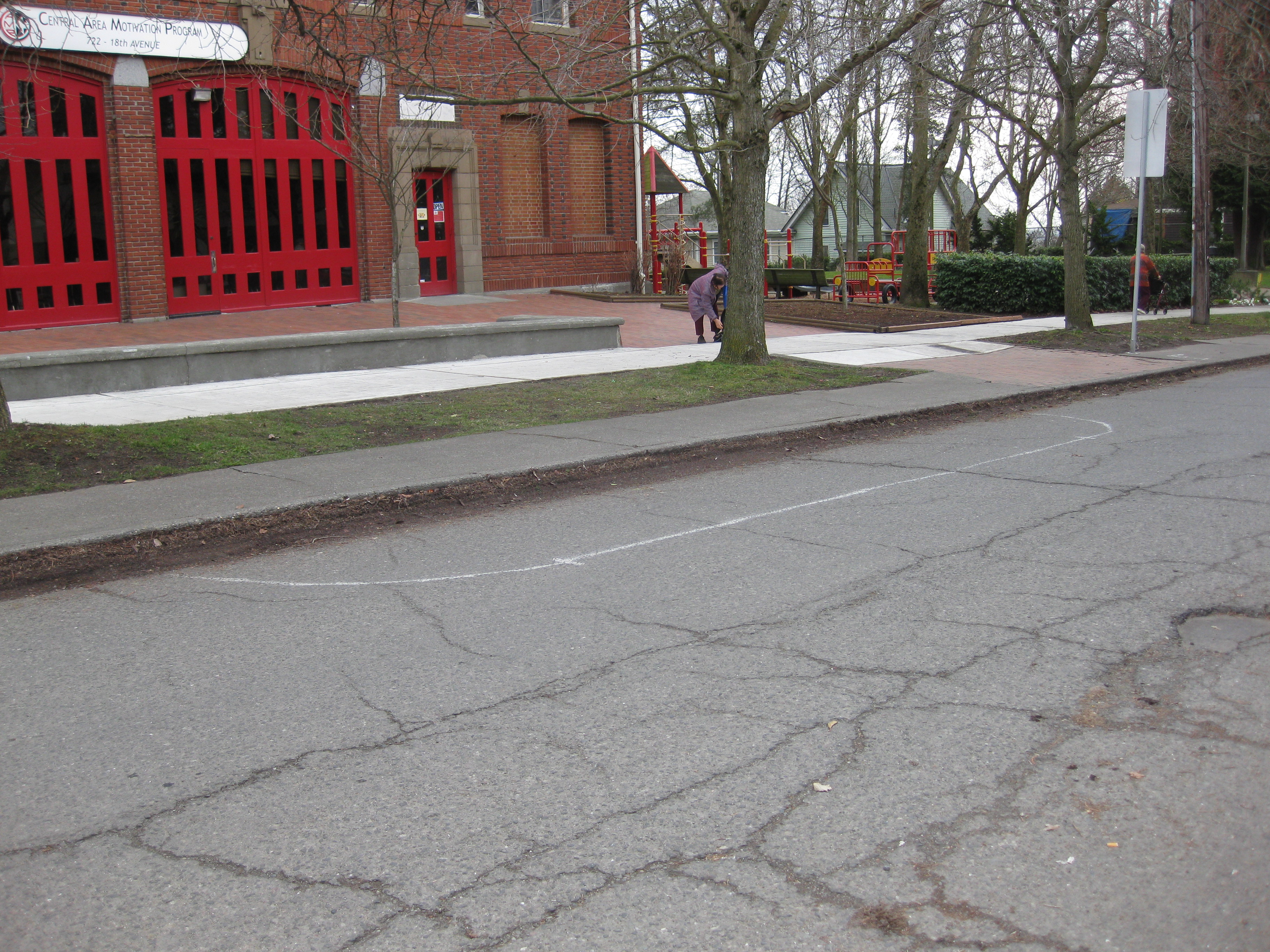