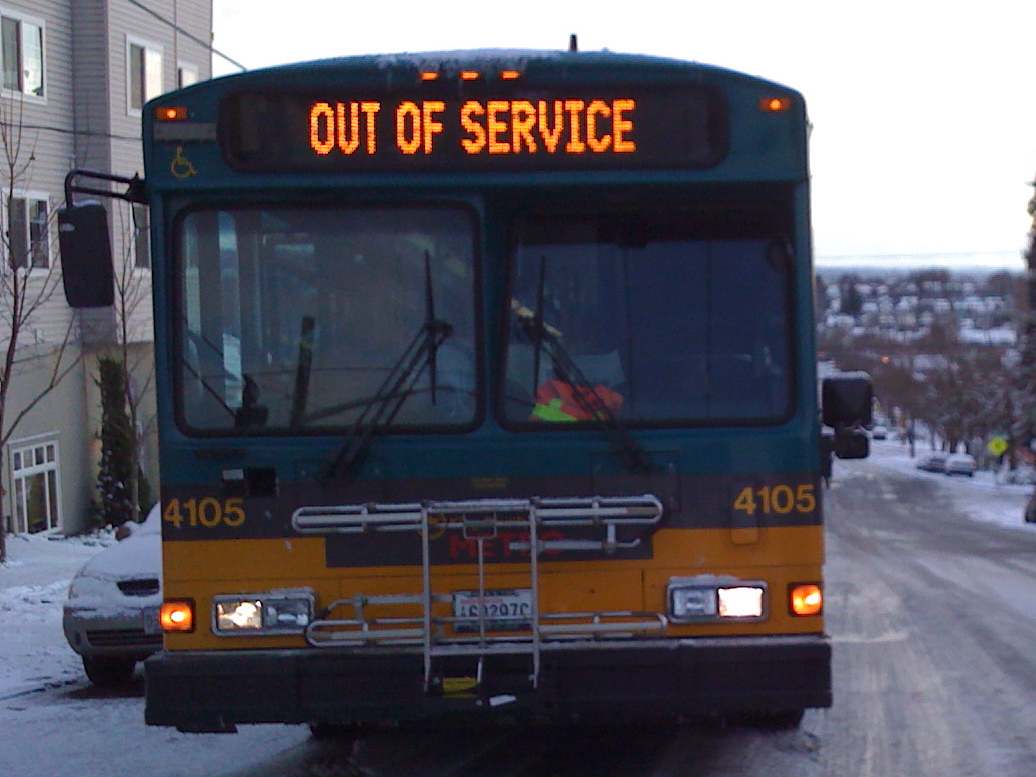 The buses that serve the CD are already incredibly crowded, with standing-room-only conditions even outside of the peak commute times. The sinking economy is threatening to make that problem a whole lot worse because the sales taxes that fund King County Metro are taking a bit hit.

What might that mean for us?  The #3 and #4 buses run about 5 times per hour each during peak periods.  A 20% cut would take that down to 4.  The #48 has similar service levels and could see similar cuts.  The #2 route has 4 trips per hour at peak times, and could be cut down to only 3.

What this means:  Buses that are already overcrowded could end up packed to the gills and forced to pass up people at stops. People who depend on transit will have a harder time getting to work on time, in an economy where keeping a good job is crucial.

What can be done: The county is trying to get authority from the state legislature to impose a car license tab tax to fund transit.  Contact your legislators to make sure that happens.

There’s also been a long-standing and bone-headed county policy that has put the majority of new transit hours in the suburbs, and not in Seattle. It’s only fair that those hours are rolled back under a similar scheme, i.e., the cuts start in the less utilized suburban and rural routes, and impact city routes last.  Contact your county council member to make sure that the suburbs don’t get to keep their new hours while we lose service we’ve had for years.