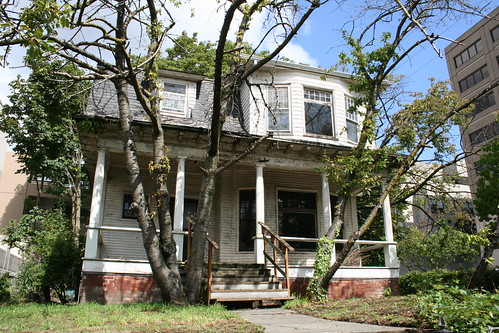 Bill told us back in August about the history behind the Carmack house on the corner of 16th & Jefferson, and last week he sent an update to the Squire Park email list that contained some tragic news: within the last few weeks, somebody went into the house and removed all of the historic millwork and other period details.

A police report (attached below) was filed by an employee of Nickel Brother’s House Moving, who were hired to try and sell and move the house to a different property. According to the report, they showed up on January 23rd with a potential buyer and discovered that all of the interior charm had been unexpectedly removed. It was evidently a very thorough and professionally done job, and included the removal of trim, doors, cabinetry, light fixtures, and the original fireplace ornamentation.

Here’s a photo that documents the loss and the damage that went along with it: 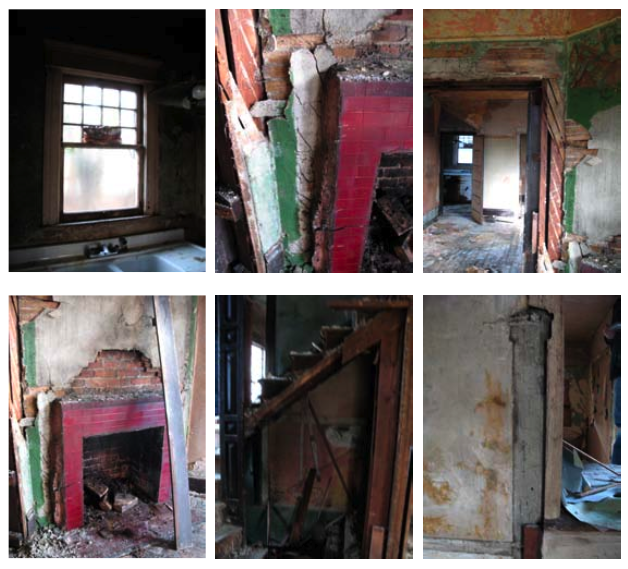 For some visual examples of what was lost, refer to Vintage Seattle’s photo spread from last year.

The police report doesn’t contain any information on who might have been behind the apparent theft.

It’s important to note that the house was once offered for sale to Swedish, and that a purchase by them would make it part of their institutional campus and all of the more relaxed building codes that go along with that such as additional height, bulk, etc.  However, the estate and Swedish never came to a deal. It was most recently offered for sale for more than $1,000,000 dollars, which is obviously a steep figure for a single family home that is surrounded by parking garages. It was also the subject of a long dispute between Swedish and the estate regarding the new parking garage addition that was recently added to the west of the property. Any historical protection placed on the home would limit it to single-family use, which likely has significantly less financial value than what it could be worth to a large institution.

I left a message with the registered representative of the Jewdoschenko estate but haven’t yet heard back. I’ll update this if I do. 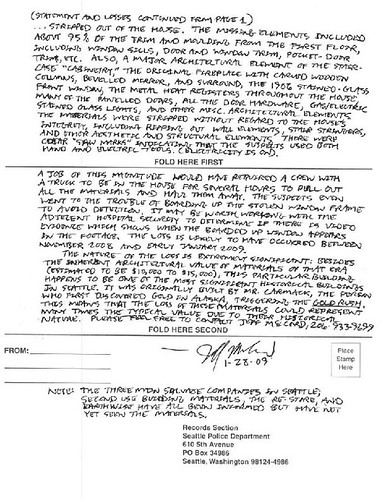 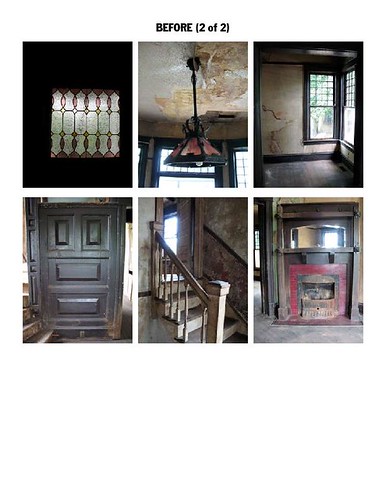