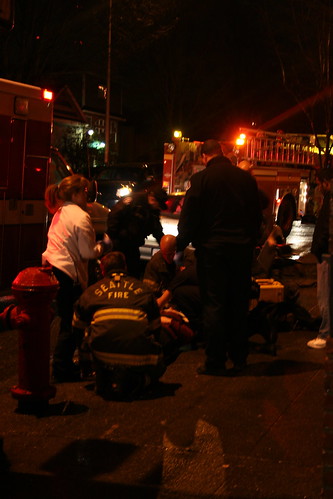 Seattle’s dark, rainy, winter evening commutes can be really dangerous for pedestrians.  That was proven tonight when a woman was struck while crossing 23rd at Cherry. I walked over to the scene and spoke to Christina, who said that the car was turning left from Cherry onto 23rd northbound and hit the woman as she was in the crosswalk.

The good news is that Christina reported that the woman was alert and conscious as medics were treating her before transporting her to an area hospital.

Drivers and pedestrians: be careful out there.

0 thoughts on “Woman Struck in Crosswalk at 23rd & Cherry”